Footballer Dhanarajan dies after collapsing during game in Kerala 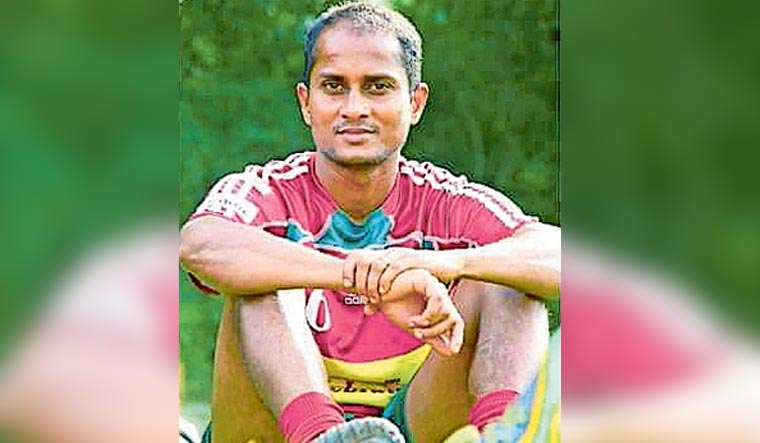 Playing a Sevens (seven-a-side) match for FC Perintalmanna against Sastha Medicals FC Thrissur on Sunday evening, the defender collapsed midway during the game and was immediately rushed to a hospital nearby. The 39-year-old died at 10.20 pm, hospital sources said.

He collapsed in the 27th minute of the match, raising his left hand before collapsing.

Dhanarajan, who began his career at erstwhile Chirag United, played professional football for 11 years. Besides being part of Mohun Bagan and East Bengal, he has also represented Mohammedan Sporting from 2012-14.

The All India Football Federation on Monday condoled the death of Dhanarajan, who also played for Bengal in the Santosh Trophy.

The Sevens football tournament, popular in this part of the world, is organised by the All Kerala Sevens Football Association.

Dhanarajan, along with mid-fielder Denson Devadas, came to Kolkata in 2005 and United Sports Club (then Chirag United) was the first team he played for.