Razzaq said he faced great bowlers in his time, so he'd have no problem with Bumrah 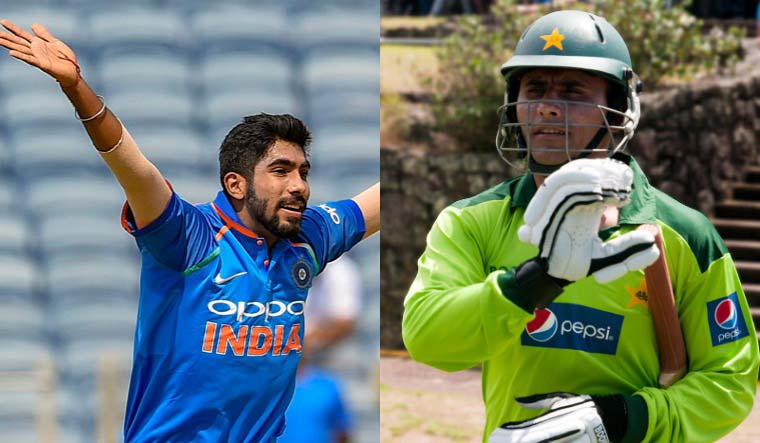 Former Pakistan all-rounder Abdul Razzaq has said that had he been active till now, he would have "easily dominated and attacked baby bowler" Jasprit Bumrah. Razzaq also said Indian captain Virat Kohli was not at the same level as legend Sachin Tendulkar.

The 40-year-old, who has played 46 Tests, 265 ODIs and 32 T20Is for Pakistan, said having faced world-class bowlers like Australia's Glenn McGrath and compatriot Wasim Akram, it would be easy to counter Bumrah. Razzaq was a key member of the Pakistan team that reached the ODI World Cup final in 1999. Razzaq played a key role as a middle order batsman and nagging medium-pace bowler in that tournament.

"I have played against great bowlers like Glenn Mcgrath and Wasim Akram, so Bumrah is a baby bowler in front of me and I could have easily dominated and attacked him," Razzaq told Cricket Pakistan.

"After having faced world-class bowlers in my time, I would have had no problem against a bowler like Bumrah. Pressure would have been on him," Razzaq added.

However, Razzaq was quick to praise the Indian's unique bowling action.

"I would add that Bumrah is doing very well and has improved a lot. He has an awkward action and hits the seam perfectly, which is why he is effective," he said.

Referring to Kohli, Razzaq said he is consistent. "Look at Virat Kohli when he scores he scores. Yeah, he is a good player for them and is performing consistently, but I don't place him in the same class as Sachin Tendulkar, who was a different class altogether."

Razzaq attributed this difference to the fall of the overall standard of cricket. "We are not seeing the same world-class players that we played against say between 1992 to 2007. T20 cricket has changed the game. There is no depth in bowling, batting or fielding. It is all basic now," he told Cricket Pakistan.

Razzaq also found fault with the way Pakistan selected bowlers for the recent Test series in Australia. Pakistan lost both Tests by an innings.

"I know for a fact that the bowlers who went to Australia were picked because they caused problems to the senior batsmen in the nets. Is this any criteria for selection? Picking players on net performances is unacceptable. You never know how he will perform in a real-time match."