The PhD research scholar, who discovered the new species, is a huge fan of Sachin 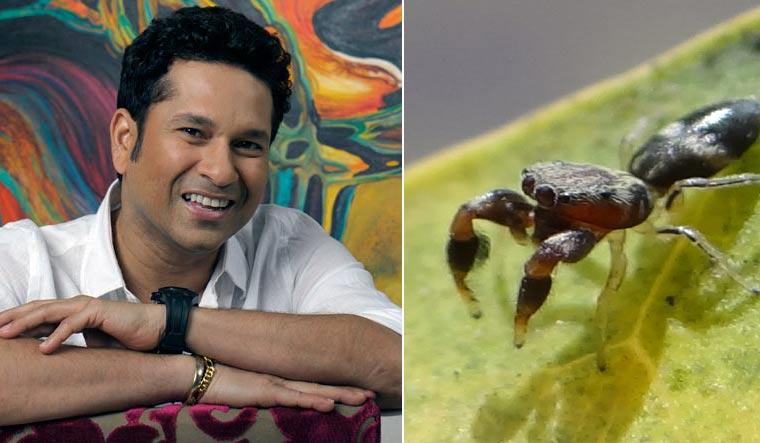 The Marengo sachintendulkar species of spider has been named after the cricketer | Sanjoy Ghosh; Twitter

Sachin Tendulkar is a legend in the cricket world, and fans have paid tribute to the master blaster in different and unique ways. In such an instance, a PhD research scholar, who happens to be a huge fan of Sachin, decided to name a newly discovered spider after his favourite cricketer.

Dhruv Prajapati, a PhD research scholar in spider taxonomy with the Gujarat Ecological Education & Research (GEER) Foundation, recently discovered two new species of spiders. He named one after Sachin and the other after Saint Kuriakose Elias Chavara, who played an important role in creating awareness about education in Kerala.

“I named (one spider) Marengo sachintendulkar because Sachin happens to be my favourite cricketer,” Dhruv Prajapati said. “Another name is inspired by Saint Kuriakose Elias Chavara who was a crusader in creating awareness about education in Kerala.” He added that the two new species are part of the Indomarengo and Marengo genus of Asian jumping spiders.

Prajapati's findings were published in the September issue of the Russian journal Arthropoda Selecta.

He had won the Young Naturalist Award, one of India's most prestigious wildlife awards, by Sanctuary Asia in 2016.