The accident happened at the National Rally Championship race at Barmer, Rajasthan 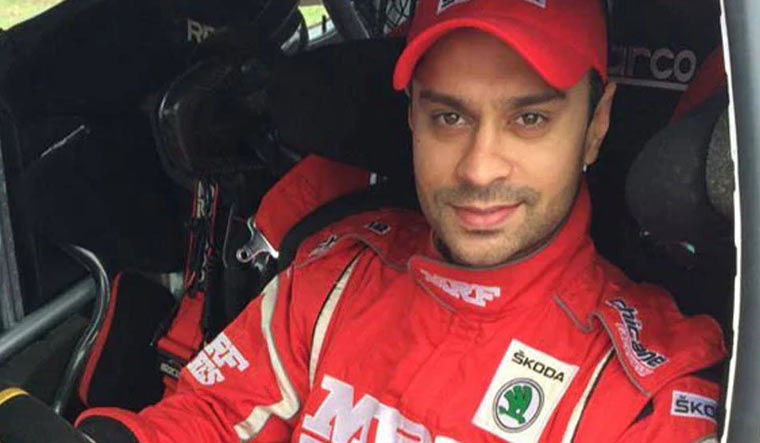 Three people, including a minor, were killed after Arjun awardee rally driver Gaurav Gill's car hit a motorcycle during a National Rally Championship race at Barmer, Rajasthan, on Saturday.

Gill, who became the first motorsport driver to be conferred the Arjuna Award earlier this year, has sustained injuries in his ribs and is also facing respiratory problems due to the crash during the Maxperience Rally, Round 3 of the FMSCI Indian National Rally Championship (INRC).

He has been kept under observation but is learnt to be out of danger.

The deceased Narendra, his wife Pushpa and their young son Jitendra were killed on the spot. The Rally has been called off due to the incident.

"Gaurav's was the first car on Stage 1. He was driving at a speed of 145kmph while taking a sharp left turn and within 5m-10m, collided with the motorcycle, which was right on the middle of the road," Vamsi Merla, promoter of INRC, told PTI on Saturday.

"Gaurav tried his best to pull the brakes but because of the speed, but he was unable to do anything," he added.

The INRC promoter alleged that despite repeated warnings highlighting the closure of the road during competition, the villagers broke the barricades put in place.

"We had been giving warning about the road closure to the villagers for the past 15 days. There were field marshals but one of the deceased (Narendra) argued with them and when the marshals were looking away, the man broke the barricade and entered the track," he said.

"It was an unfortunate incident that took place despite all the safety measures being in place," J. Prithiviraj, president of FMSCI said.

"We extend our deepest condolences to the bereaved family. The entire motorsports fraternity stands with them in their grief," he added.