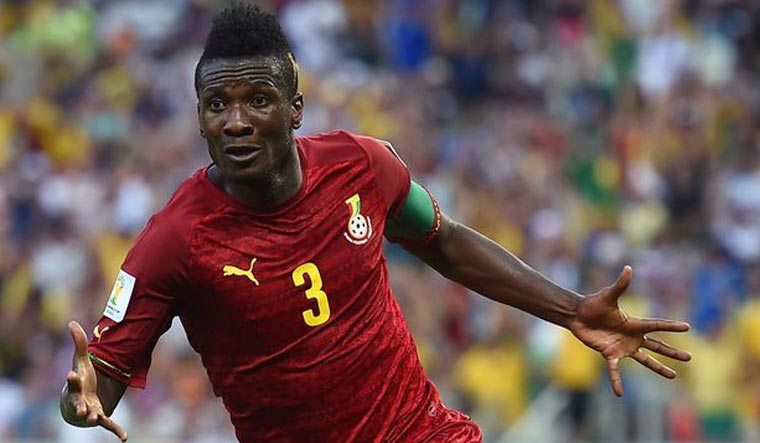 The ISL side announced the signing of Gyan on its official Twitter handle on Thursday.

"We have a star coming, former captain of Ghana."

Baby Jet Airlines is a proposed airline, founded by Gyan in 2017 and its launch was officially announced by Ghana President Nana Addo Dankwah Akufo-Addo in October 2017.

The 33-year-old striker, who holds the Ghanaian record of playing most international matches (more than 100) and scoring most goals (more than 50), last played for Turkish club Kayserispo.

A former captain, Gyan announced his retirement from international football in May this year, just a month before the 2019 Africa Cup of Nations. However, a day later Gyan reversed his decision following a discussion with the president of Ghana.

He represented Ghana at the 2006, 2010 and 2014 FIFA World Cups. With six goals, he is the top African goal scorer in the history of the World Cup.

He has played in the English Premier League for Sunderland and had scored 11 goals in 36 appearances. He was loaned out to Al-Ain FC in the United Arab Emirates (UAE) after spending a season at Sunderland. He spent the best days of his career in Al-Ain, scoring 60 goals in 66 matches.