Yadav has now advanced to the round of 32, with his next opponent from Turkey 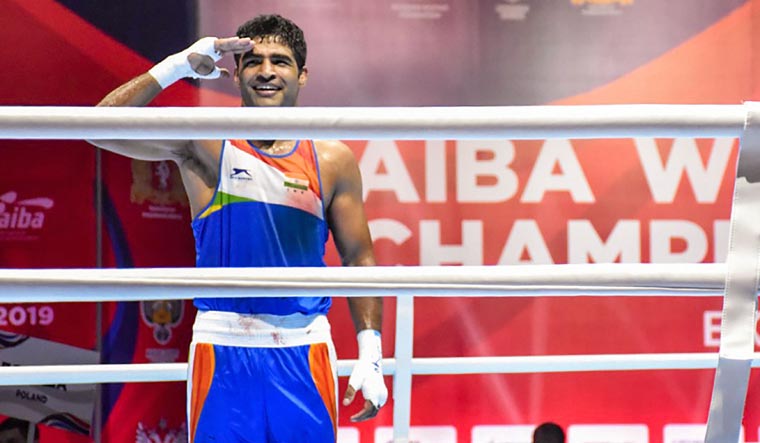 India were off to a fine start in the World Men's Boxing Championships in Ekaterinburg, Russia, with Brijesh Yadav (81kg) out-punching Poland's Maleusz Goinski in a brutal opening-round contest here on Tuesday.

Yadav, a silver-medallist from the India Open and the Thailand Open earlier this year, didn't just defeat Goinski 5-0 but also left him with a wound on his head in the first and only bout of the day for India.

Egged on to be the aggressor by the Indian camp, Yadav more than made up for his lack of pace with the sheer power of his punches.

His rival, on the other hand, let slip a confident start and was barely able to stand when the final bell rang.

Goinski faced two standing eight counts during the bout and needed medical attention for a gash on his head that left him with a bloodied face.

With Tuesday's win, Yadav advanced to the round of 32 where he will square off against Turkey's Bayram Malkan, who got a first-round bye. The bout is scheduled for Sunday.

The World Championships feature more than 450 boxers from 87 countries. It was meant to be an Olympic qualifier but the administrative mess in the International Boxing Association (AIBA) prompted the International Olympic Committee to strip it of that status.