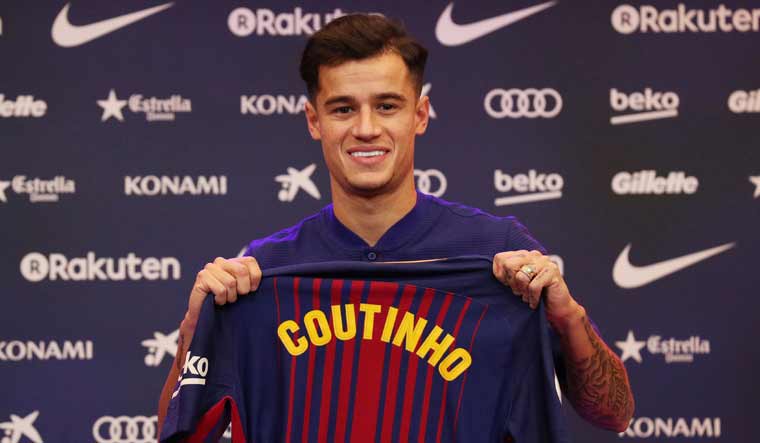 Barcelona's record signing Philippe Coutinho will be moving to German side Bayern Munich on loan. "We can confirm that we have reached an agreement with Bayern Munich over the loan of Coutinho," director of institutional relations Guillermo Amor told reporters.

Coutinho, 27, joined Barcelona from Liverpool in January 2018 for a club record fee of 120 million euros ($133 million) plus 45 million euros in variables. "There are still some issues pending such as the contract signature and the medical check-up, but we have an agreement," Bayern sports director Hasan Salihamidzic told ZDF television. "We are delighted to have brought him to Bayern. It is a one-year loan deal with an option to buy him for Bayern. He is a very versatile player who will surely give us a lot of options."

The Brazilian played 76 games for the Catalans in all competitions, scoring 21 goals, but struggled to dovetail with his fellow attackers. He has not had the intended impact on the team, despite winning two consecutive La Liga titles.

Coutinho had travelled with the Barcelona team for their opening match of the season against Athletico Bilbao, but was left out of the squad. Barcelona lost the game 0-1 after Aritz Aduriz scored for the home side in the 90th minute, with a spectacular bicycle kick. Lionel Messi has already been sidelined by a calf injury sustained during a training session.

Coutinho's transfer news will only only add fuel to speculations that Barcelona might be paving way for Neymar's grand return to the club. Coutinho was also linked with a move to Tottenham, Arsenal and even back to Liverpool.