Wickets in England flattest, toughest to bowl on: Bumrah

The overcast conditions in England haven't really helped, he said 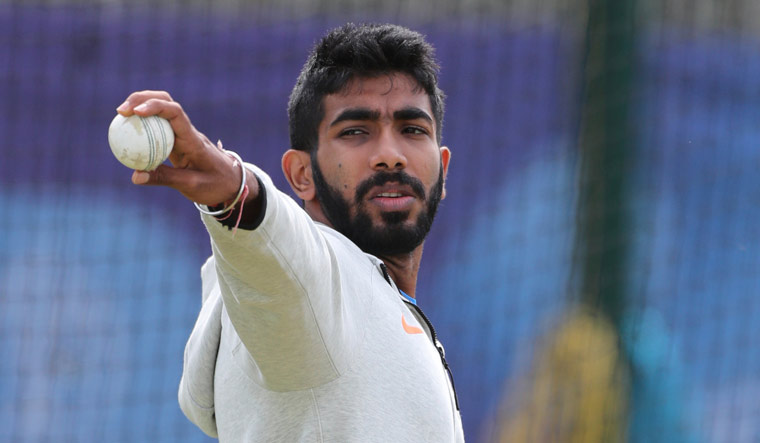 Jasprit Bumrah is to Indian bowling what Virat Kohli is to Indian batting—a match-winner in his own right, the most crucial cog in India’s impressive bowling attack. The world’s number one ODI bowler has forced batsmen to start watchfully against him and his new ball partner Bhuvneshwar Kumar, which further adds to pressure for the opposition to accelerate the innings after the first powerplay. He is not currently among the top wicket-takers in the ongoing ICC World Cup, having taken five wickets in three matches so far, but he has created wariness in batmen be it at the top or while bowling in the death overs.

Have the overcast conditions in England helped him? Not really, Bumrah said. In fact, he said he found the wickets in England the flattest and toughest to bowl on with no help from overhead conditions. “In white-ball cricket, in England, I found the most flattest and toughest wickets to bowl on. There is no help usually. You feel the ball will swing but it doesn’t. So, at that time, you have to rely most on your accuracy and clarity. We know these are very flat wickets and how to go about on this. If some help is there, you tend to make the necessary adjustments automatically. But we are preparing for the worst situation,” Bumrah said.

He will be sharing the new ball with Mohammed Shami in the next game against Afghanistan because of the injury to Kumar but Bumrah is not too bothered about the change. “Personally, it doesn’t make any difference. We are just focusing on our processes. When I play with Bhuvi or Shami, we were focusing on our strengths. We focus on what we have to do, and not on anything else.”

He said as far as India were concerned, there would be no let up in intensity even while playing against Afghanistan, after a high-pressure game against arch-rivals Pakistan. Afghanistan had been taken to the cleaners by hosts England in Manchester. “We are not thinking that any side is easy. On a given day, in cricket, anybody can harm you. We are giving equal respect to everyone, be it Afghanistan or Australia. Our preparation is the same, we are following our routines and processes. We tick all boxes. Everything else will be taken care of,” he said.

While explaining the process of what went into the making of the best bowler in the world, Bumrah said that he ensured he executed all that he planned for well before the match. Even skipper Virat Kohli had praised his work ethics saying he bowled in the nets just like he bowled in a match with the same intensity.