Kohli is more comfortable when Dhoni is around, says Anil Kumble 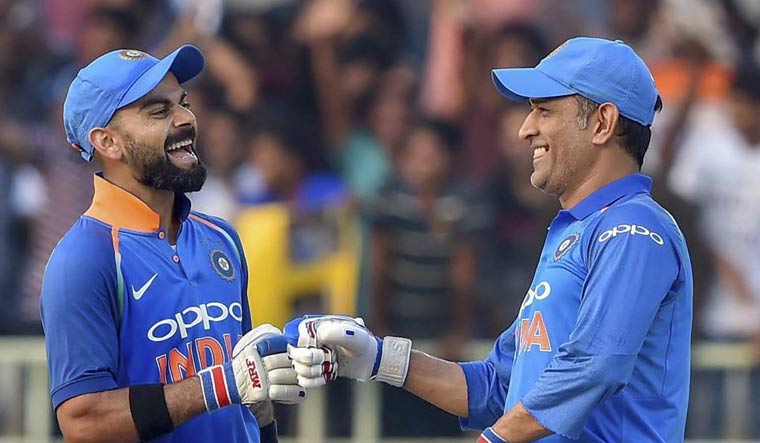 Former Indian captain and coach Anil Kumble believes that skipper Virat Kohli is more comfortable when his predecessor M.S. Dhoni is around. Kumble said the presence of Dhoni helps Kohli take the right decisions on the field.

"Rather than saying he is a better captain when Dhoni is around, I think Kohli is certainly more comfortable when MS is behind the stumps. Conversations between him and Virat definitely help him make the right decisions," Kumble told the CricketNext.

Showering praise on the man behind the stumps, Kumble said Dhoni reads the game better than anybody else. “He obviously is in conversation with the bowler. On the kind of lines that the bowlers need to bowl, the kind of pace that they need to bowl," said the former spinner.

Referring to the recent ODI series with Australia, Kumble said Kohli depends a lot on Dhoni especially on proper field placings. “That is something he probably missed in the last two matches against Australia," he said. India had won two of the first three matches in Dhoni's presence.

“If you look at last 10 or 15 overs – the second half or the final powerplay Virat is generally manning the boundary. So yes, when MS is there he is on the boundary line and suddenly he had to man the last two overs and the last ten overs under pressure. So yes he certainly depends a lot on Dhoni,” Kuble further said.