Kohli, who reached the milestone in 205 innings, broke Tendulkar's (259) record 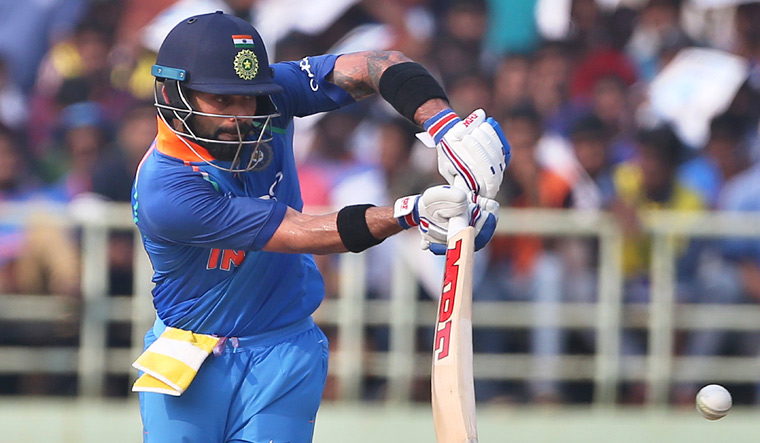 India captain Virat Kohli scored a single off Ashley Nurse to reach 10,000 runs in One Day Internationals, thus becoming the fastest batsman to reach the milestone. He broke the record held by Sachin Tendulkar who achieved the feat in 259 innings. Kohli achieved the same in his 205th innings.

Kohli nearly gave away the opportunity on 44 when he mistimed a delivery from debutant Obed McCoy for a boundary, but was dropped by West Indies captain Jason Holder. Had Holder made the catch, Kohli would have had to wait till the next match to reach 10,000 runs, and McCoy would have had the Indian captain as his first international wicket.

Kohli also broke the record held by Tendulkar for scoring the most runs for India against West Indies in ODIs. The Indian skipper went past batting legend Tendulkar's record of 1,573 runs against the Caribbean nation.

India won the toss and chose to bat first against West Indies in the second ODI in Visakhapatnam. The hosts lead the five-match series 1-0.