Scientists hope to revive the Tasmanian tiger from extinction 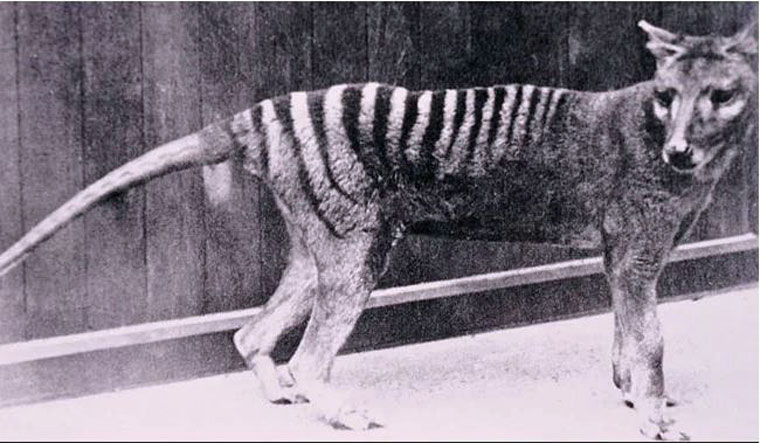 The Tasmanian tiger has been extinct since 1936. But, chances are, it won't remain extinct for too long. Scientists from the US are Australia are embarking on a multi-million dollar project to bring the animal back. The researchers say that the tiger can be brought back using stem cells and gene-editing technology. According to them, the creature officially known as a thylacine could be reintroduced to the wild in 10 years.

Other experts have dismissed it saying that revival from extinction is just science fiction. The creature was called the Tasmanian tiger because of the stripes on its back, but it was a marsupial or a type of mammal that carries its young in a pouch.

The scientists plan to recreate the creature by taking stem cells from a living marsupial species with similar DNA and then using gene-editing technology to "bring back" the extinct species. If successful, they will create an animal of extremely close approximation of the thylacine. The revival of the Tasmanian tiger would mark the first de-extinction event in history.

The Tasmanian tiger started declining in numbers when humans arrived in Australia tens of thousands of years ago. And later, when dingoes, a species of a wild dog appeared.