How will we live with limited freshwater? 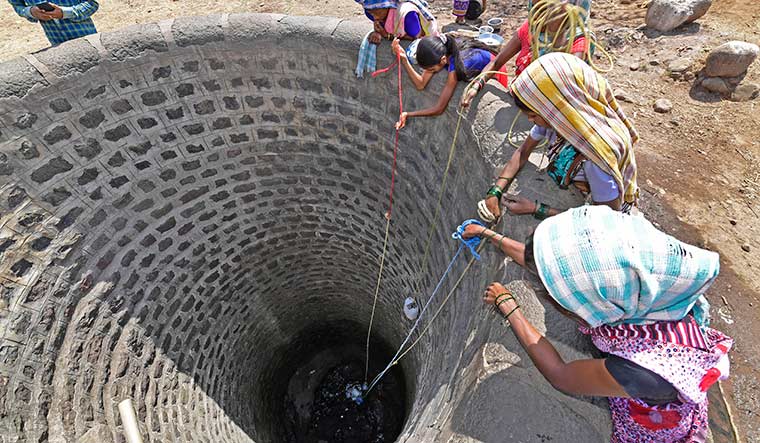 The best of traditional and modern approaches can support each other to avoid droughts becoming disasters.

Human-caused climate change seems to be worsening some droughts, prompting the world to confront a daunting challenge: how will we live with limited freshwater? For cities, this feels like a new problem. In reality, communities around the globe have been living with drought for millennia and there is much that modern planners can learn from them.

The key is understanding that drought is more than just the amount of freshwater available. It is also about how much water is used. From the beginning of modern science, we've seen that water (over)use and (mis)management cause drought, not merely reduced rainfall or snowmelt. Countering drought means adapting water supply systems and reducing water demand.

Much is being made of currently low precipitation and river/lake levels across the US southwest, but it matches previous megadroughts. Given the region's long drought history, as well as large cities being built across these arid lands, constrained supply is to be expected. Yet demand remains high. People plant water-intensive manicured lawns with non-desert vegetation in Nevada, and support water-intensive cropping such as almonds in California.

Los Angeles developed presuming plenty of freshwater. The city pumped from Owens Lake, 300km to the north, depleting the lake, and undermining the Indigenous culture and local environment. Leaky pipes are a problem globally and 3 to 4 percent of Los Angeles' annual water supply is lost to leakage, although not all suppliers monitor their loss rate.

From the other side of the world, Bangladesh's northwest offers lessons. The indigenous Santal people live where drought is continual. They carefully select crops and livestock to match water availability. Households also collect and store rainwater. Such lessons could be applied more to Los Angeles.

Other Santal strategies include seasonal migration to areas with more jobs which reduces local water demand. But migration, however temporary, transplants water use elsewhere, while taking people away from their homes and families. Often, migrants are exploited for low-wage, insecure labour.

And water must be stored carefully. Aside from the cost of purchasing and maintaining tanks, and keeping them insect-free, in Bangladesh water can be polluted and can support microbes.

Diversified livestock and crops meant that some form of food would be available irrespective of rainfall, especially since they managed small plots of land across wide areas and ecosystems rather than consolidating into one large farm in a single location. Helping out a neighbour in need through exchange and sharing also hedged against local drought.

The attempts to modernise' dryland management led to high mortality during a drought from 1968-1974. Rather than galvanising typical local responses, the lessened rainfall made the Sahel reliant on external humanitarian assistance to survive through what became a drought disaster.

With about one-third of the Earth's land considered drylands of some form, a balance of approaches and flexibility grabbing the best of older and newer techniques will help people survive and thrive during drought.

Iran, where 90 percent of the country is labelled arid, demonstrates these trade-offs in action. Settlement in the capital city of Tehran was supported by water availability. Underground tunnels (called qanats) were constructed to bring a steady freshwater supply from the surrounding mountains, minimising losses and cooling traditional buildings in the hot climate. The water is available there because earthquake faults permit it to flow up toward the surface.

But these advantages resulted in overuse. The number of people using qanats, and water use per capita, increased, which limited their effectiveness. And the seeming abundance of water led to a megacity in a seismic zone with poor earthquake readiness.

Societies today at least know how to build for earthquake zones, but it takes a long time to retrofit a vulnerable city. Similarly, technology continues to advance for local desalination meaning coastal communities should never really be short of drinkable freshwater, no matter what the weather. This, though, depends on investing in desalination even as the costs continue to decline.

After all, increasing water consumption per person makes sense for health and hygiene. Flush toilets, frequent bathing, and handwashing underpin improved health. Meeting menstrual hygiene needs is essential for teenage girls to remain in school full time and to reduce disadvantages to women in the workforce.

Not all traditional approaches considered these factors. Modern contributions include low-flow toilets and showers. Water from hand washing and kitchen sinks can be directed to gardens and toilets, reducing overall consumption despite augmented demand.

The climate always varies. Now, because of our greenhouse gas emissions and land use, many locations experience more concentrated periods of water intensity and deficit. The latter does not need to mean people are worse off, if we put effort into living with drought. As scientific pioneer Anne Fleuret explained: Drought is a subjective phenomenon.