The world's coastlines are at the forefront of climate change 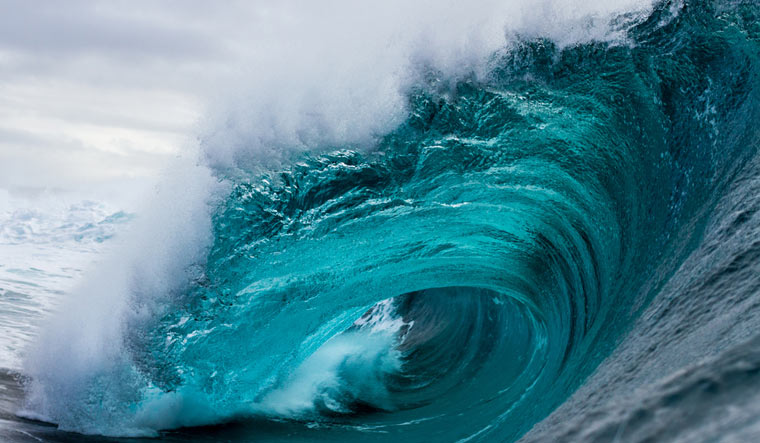 The world's coastlines are at the forefront of climate change. That's because they're constantly changing, and respond quickly to changes in climate.

They're particularly important because around 70% of the world's population live within 100km of the coast, and 90% of the world's trade passes through ports on the coast. The global economy relies on our coastal systems functioning because of the volume of trade and commerce that takes place at or through the coastal zone.

Change and disruption do not fall evenly across the globe, however. Our new research is the first to find a group of coastal locations around the world highly vulnerable to one specific climate-driven change: stronger waves, or waves coming from a different direction, which may cause widespread coastal erosion.

These changes will affect major ports and coastal cities such as Lima, Cape Town, Durban and Mombasa, as well as broadly affecting the Pacific-facing east coasts of Peru and Chile, the Atlantic-facing west coasts of Namibia and South Africa, and the southeast coast of Kenya down to South Africa.

Many of these locations are in developing nations with low GDP, making it harder to adapt or reduce damage from these changes. While some areas will be able to respond better than others, the combined GDP of countries most affected is only about one percent of global GDP. This speaks to how climate change can act as an inequality amplifier, hitting the Global South the hardest.

What's the link between climate change and wave strength?

How? Ocean waves are generated by winds blowing along the ocean surface. If the sea surface becomes warmer, wind patterns change as well. In turn, this can alter the wave conditions across the world's oceans.

But due to reasons such as the fact that oceans are heating at different rates in different places, wave conditions are not changing at the same rate everywhere. Some areas will be worse affected than others.

Why does this matter for humans on dry land? Because waves have shaped Earth's coastlines for millions of years. Even small, sustained changes in waves can have long term consequences for our coasts and the people who rely on them.

That's because waves control how much sand is moved along the coast, and where it is deposited. Changes to local wave climates could dramatically increase erosion in some areas, for instance, threatening human and natural use of the coasts as well as infrastructure and houses.

To find out where they are changing the most, we applied wave tracking algorithms to models of future wave conditions. To model ocean waves in the future, we used numerical wave models driven by atmospheric conditions such as wind and air pressure, taken from global climate models used by the Intergovernmental Panel on Climate Change.

Our work builds on years of research developing a method to track different wave conditions (or wave climates) globally. For example, the Southern Ocean wave climate is characterised by big, powerful waves with long wave periods as they circumnavigate the globe west to east.

By comparison, the wave climate of equatorial regions is typically lower energy, shorter wave period, and travels west to east. The characteristics of each wave climate is what we call their signature and this is what we track.

We use data from the last 19 years to identify the signature for each wave climate, and track how they will change under different emissions scenarios by the end of the century. By comparing the differences between present and future conditions across the world's oceans, we can identify the areas likely to see the greatest changes in wave conditions.

What about sea level rise?

Until recently, most of the focus on coastal climate change impacts has been on sea level rise, which will affect low-lying areas and cities.

In the next few decades, however, changes in wave conditions are likely to be more important than sea level rise along millions of kilometres of the world's sandy coastlines.

By itself, sea level rise does not cause erosion. Waves do. As the sea rises, waves can expand the reach and eat away at the beach and beyond. The net effect of wave power increasing and sea level rise will vary locally, however, because changes in wave conditions can either boost or dampen the effect of sea level rise on the coast, depending on how much sand is available and where it is moved to.

Our modelling explored two scenarios. The first was a high emissions future world with little to no carbon emissions reduction, leading to global temperatures rising by over 4 degree Celsius by the end of the century compared to pre-industrial levels.

The second was a low emissions scenario, where global warming is kept below 2 degree Celsius by 2100, which requires deep and immediate reduction in global carbon emissions.

It is still not too late to avoid the worst impacts of climate change, but the window of opportunity is closing fast. We hope this research will help direct funding for coastal adaptation and resilience to the areas which will need it most.