Global climate change is the biggest threat to the world's oceans 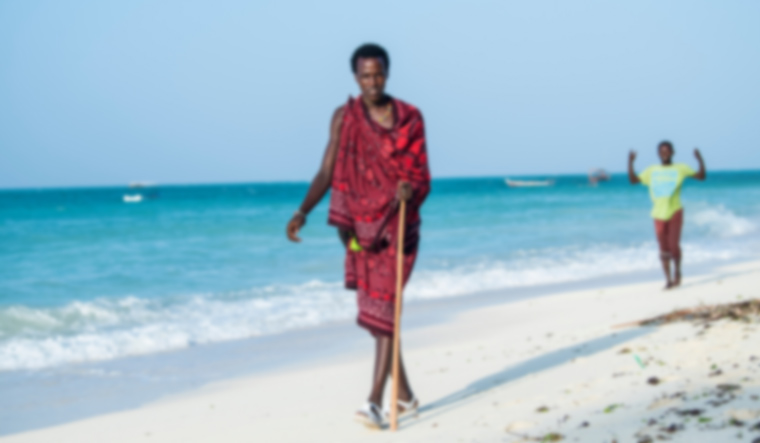 Island communities have developed some of the most effective practices to support the sustainable use of coastal and ocean resources, we just need to take heed.

In a vast ocean area with around 30,000 known islands, traditional navigators of the Pacific have been known to say, first you choose your destination, then you figure out how to get there'.

The health of our ocean and all who depend on it are facing a multitude of threats. If our destination is an ocean that provides sustenance and support for present and future generations, we have a lot of navigating to do, including a major course correction from our present path.

Indigenous communities know what's required to preserve our oceans. Island people have developed some of the most effective practices to support the sustainable use of coastal resources from fishing techniques, tools and timing, to wise land-use practices in watersheds affecting coral reefs and offshore ecosystems.

For example, some fishers on Yap Island in the Federated States of Micronesia, use kites made from native breadfruit leaves and pandanus spines to carry their coconut fibre fishing lines over the reef. They use shark muscle bands instead of hooks. They can only catch long-nose needlefish and avoid other species so nothing goes to waste.

Chiefs in Palau close off fishing in reef channels during grouper spawning events (this practice is known as a bul) to protect these important species when they are most productive and vulnerable. Palauans also protect mangrove forests and use taro fields to protect coastal coral reef ecosystems from damage from terrestrial runoff and sedimentation.

However, these traditional tenure systems did not have to address present-day problems. The ocean is suffering from the push-pull of too many toxic things being inputted, and too many valuable resources extracted at levels that undermine the health and longevity of marine ecosystems.

Human-based sources of pollution and the use of pesticides, microplastics, mercury accumulating in tuna, large-scale toxic sewage outfalls, oil spills, industrial level overfishing, illegal fishing, as well as global climate change are all contributing to the ocean's destruction.

While the problems appear daunting, solutions exist. Each of us can make decisions on the products we buy, such as avoiding single-use plastics and personal care products with microbeads, and researching the food we eat.

Several mobile phone apps such as Seafood Watch help consumers identify whether their fish is caught or farmed responsibly. Consumers can also put pressure on companies to reduce the use of things like glyphosate (the active ingredient in Roundup, commonly used in the United States), which is not only used for killing weeds but to dry oats.

All of these examples work, but effectiveness comes down to scale, consistency, broad engagement and access to reliable information. Understanding the psychology of sustainability and effective climate change communication is essential in shifting behaviours at scales that matter.

If each person influences ten others to make changes that matter, there is hope, as one begets ten, which begets 100 and affects 1,000. It's human nature to experience action fatigue and end up making a few gestures while continuing a majority of bad behaviours that are unsustainable.

Politicians and decision-makers can drive change. But the lack of political will to support ocean sustainability is the result of a combination of insufficiently and poorly communicated information (including from the scientific community), disengagement, voter cynicism, and false advertising from those who can gain financially from inaction.

Reducing local level stressors is a strategy to buy time and address climate change impacts, including using online calculators to track our carbon footprint and adjusting accordingly. But there is an urgency as levels of atmospheric CO2 have already exceeded healthy limits. Reducing greenhouse gases, while still critical, will no longer be sufficient to protect many ecosystems, and carbon sequestration (the process of capturing and storing carbon dioxide) will need to be considered on a wider scale.

Traditional leaders and stakeholders in the Pacific Islands always consider actions in the context of the legacy they leave to their future generations. The longevity of what they leave behind does not match the myopic vision of electoral cycles that guide many politicians. If our precious ocean ecosystems are to be protected for future generations, we need leaders who will act on the abundance of sound science we already possess. The clock is ticking and the worst action is inaction. Our ocean is threatened but not doomed, and the outcome is totally up to us.