Heatwaves have emerged as a deadly health hazard in India 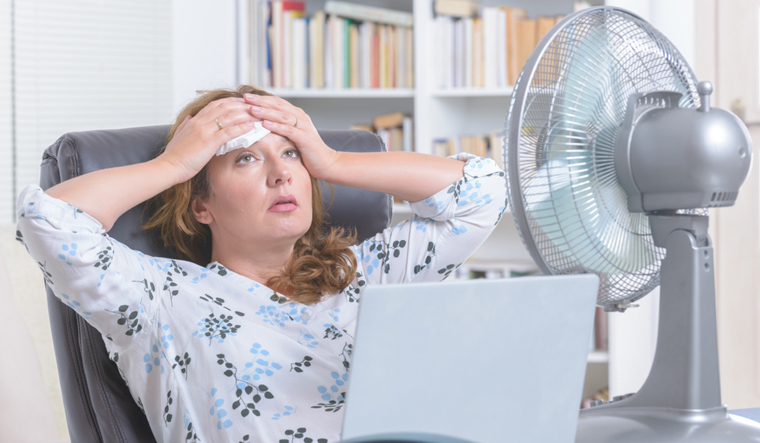 Northwestern, central and south-central India are new hotspots of intense heatwave over the past 50 years, a study has said.

The study also highlights the need for developing effective heat action plans in the three heatwave hotspot regions with a focus on different vulnerabilities among the inhabitants.

Heatwaves have emerged as a deadly health hazard, claiming thousands of lives across the globe in recent decades, with episodes strengthening in frequency, intensity and duration in the past half-century in India as well.

This has caused severe impact on health, agriculture, economy and infrastructure. In such a scenario, it is extremely important to identify the most heatwave vulnerable regions of the country to prioritise immediate policy intervention and stringent mitigation and adaptation strategies, the Department of Science and Technology said.

A team of researchers led by R K Mall, including Saumya Singh and Nidhi Singh from the Department of Science and Technology, Mahamana Centre of Excellence in Climate Change Research (MCECCR) at Banaras Hindu University, studied the change in spatial and temporal trends in Heatwaves (HW) and Severe heatwaves (SHW) over the past seven decades in different meteorological subdivisions of India.

This work has been supported under the Climate Change Programme of the Department of Science and Technology. The study published in the journal 'International Journal of Climatology' links the association of HW and SHW with mortality over India.

The study was recently published in an international journal, 'Atmospheric Research'.

"The study showed a shift in the spatio-temporal trend of HW events from the eastern region of Gangetic West Bengal and Bihar to northwestern, central and further to the south-central region of India.

"The research also observed an alarming southward expansion and a spatial surge in SHW events in the last few decades that may put a greater population at additional risk of heat stress in a region already characterised by low diurnal temperature range (DTR), or the difference between the maximum and minimum temperatures within one day and high humidity," the statement added.

Importantly, the HW and SHW events were found to be positively correlated with mortality in Odisha and Andhra Pradesh, highlighting that human health is highly susceptible to severe heatwave disasters.

With an ever-increasing extreme-temperature threshold, a heat resilient future is the need of the hour.

Dense population with an intensive outdoor work culture calls for equitable heat resilient mitigation and adaptation strategies covering each section of the society depending on their vulnerability, it said.

This will help study the frequency, intensity, and spatial surge of heatwaves in the future.

The study found models LMDZ4 and GFDL-ESM2M to be the best-performing ones in simulating heatwaves over India in the present scenario, which can be reliably used for future projections as well. The two models have laid the grounds for preparation for a heatwave resilient future, it said.

In a separate study by meteorologists published earlier this year, heatwaves have claimed more than 17,000 lives in 50 years from 1971-2019. The paper, authored by M Rajeevan, former secretary of Ministry of Earth Science along with scientists Kamaljit Ray, S S Ray, R K Giri and A P Dimri, said there were 706 heatwave incidents from 1971-2019.  Kamaljit Ray is the lead author of the paper.