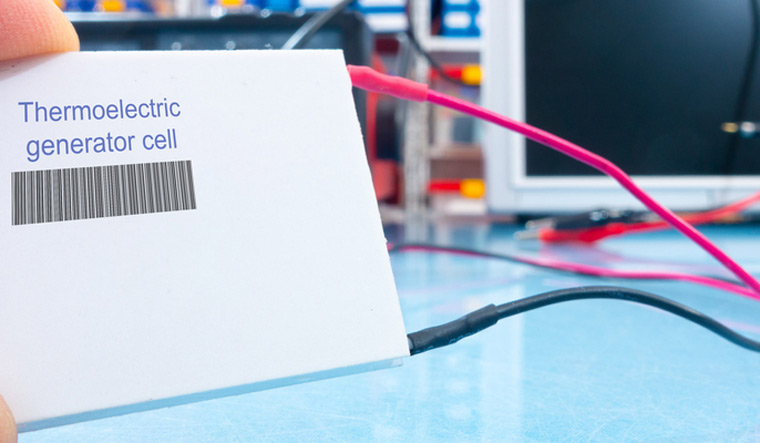 Researchers have developed a new low-cost electrical contact material for thermoelectric devices that is stable at high temperature and can generate electricity by using a temperature difference between its two sides, the Department of Science and Technology said on Tuesday.

The thermoelectric device can also function as a small heat pump, moving heat from one side of the device to the other, the DST said in a statement.

Thermoelectric materials convert thermal energy directly into electricity through a process that involves a solid-state electron and phonon diffusion process.

Though the principle has been known for two centuries, it had limited utility as most known thermoelectric materials' energy conversion efficiency is very low, it said.

Nanotechnology brought innovations to improve the efficiency of materials, but the mass-market application of such innovations has remained restricted due to the low device conversion efficiency of 6-10 per cent. This makes the electricity produced costlier than other technologies, it said.

Researchers from the International Advanced Research Centre for Powder Metallurgy and New Materials (ARCI), a DST institute, have designed and developed these thermoelectric modules using lead telluride (PbTe) and magnesium stannite silicide compounds which give more than 10 per cent conversion efficiency, the statement said.

This work has been published in the journal Research Bulletin recently.

The joint should be stable at elevated operating temperature (300-600 degrees Celsius) and should not undergo any thermochemical degradation. It should have the least contact resistance so that the current flow and the power delivered reach a maximum, it said.

The ARCI team explored various metallisation methods and diffusion barrier materials with a systemic approach to make a stable bismuth-doped joint to fabricate a thermoelectric generator, it added.