5,200 tons of space dust fall to Earth each year

Nearly 80 per cent of micrometeorites come from comets 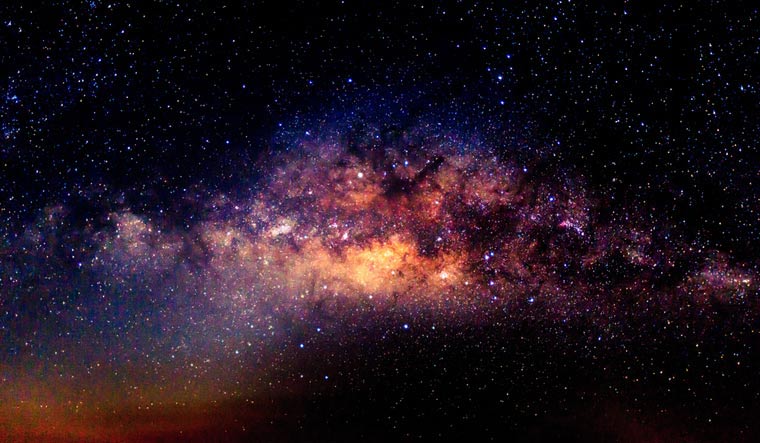 The space between the planets is sprinkled with dust particles, called cosmic dust or extra dust. Every year, our planet encounters dust from comets and asteroids. These interplanetary dust particles pass through our atmosphere and give rise to shooting stars. Some of them reach the ground in the form of micrometeorites.

An international program, conducted for nearly 20 years, has determined that 5,200 tons per year of these micrometeorites reach the ground. The study, by scientists from the CNRS, the Université Paris-Saclay and the National museum of natural history with the support of the French polar institute, is published in the journal Earth & Planetary Science Letters.

Comets are made of dust and ice. They come from far distances, from the Kuiper belt—region beyond the orbit of Neptune—to the outer reaches of the Solar System. As they approach the Sun, comets become active through the sublimation of their ices and release cometary dust.

An asteroid is a mainly rocky celestial body of between a few hundred metres to several kilometres in size. The majority of these bodies are located in the asteroid belt between Mars and Jupiter.

Micrometeorites have always fallen on our planet. These interplanetary dust particles from comets or asteroids are particles of a few tenths to hundredths of a millimetre that have passed through the atmosphere and reached the Earth's surface.

These dust particles can form planetary rings or even develop into a new planet. They can also change weather patterns.

To collect and analyse these micrometeorites, six expeditions led by CNRS researcher Jean Duprat have taken place over the last two decades near the Franco-Italian Concordia station (Dome C), which is located 1,100 kilometres off the coast of Adélie Land, in the heart of Antarctica. Dome C is an ideal collection spot due to the low accumulation rate of snow and the near absence of terrestrial dust.

These expeditions have collected enough extraterrestrial particles (ranging from 30 to 200 micrometres in size), to measure their annual flux, which corresponds to the mass accreted on Earth per square metre per year.

If these results are applied to the whole planet, the total annual flux of micrometeorites represents 5,200 tons per year. This is the main source of extraterrestrial matter on our planet, far ahead of larger objects such as meteorites, for which the flux is less than ten tons per year.

A comparison of the flux of micrometeorites with theoretical predictions confirms that most micrometeorites probably come from comets (80 percent) and the rest from asteroids.

This is valuable information to better understand the role played by these interplanetary dust particles in supplying water and carbonaceous molecules on the young Earth.