Lightning strikes could have sparked life on Earth 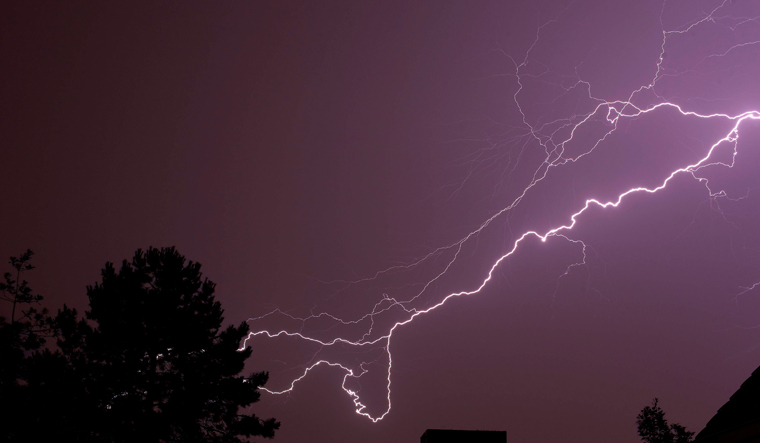 A study to understand the importance of fulgurite in changing the chemical environment of Earth through time has led to a new theory about life's origins on Earth.

Minerals delivered to Earth in meteorites more than 4 billion years ago have long been advocated as key ingredients for the development of life on our planet.

Scientists believed minimal amounts of these minerals were also brought to early Earth through billions of lightning strikes.

They say this shows that life could develop on Earth-like planets through the same mechanism at any time if atmospheric conditions are right.

The research was led by Benjamin Hess during his undergraduate studies at the University of Leeds in the School of Earth and Environment.

Hess and his mentors were studying an exceptionally large and pristine sample of fulgurite, —a rock created when lightning strikes the ground. The sample was formed when lightning struck a property in Glen Ellyn, Illinois, USA, in 2016, and was donated to the geology department at Wheaton College nearby.

The Leeds researchers were initially interested in how fulgurite is formed but was fascinated to discover in the Glen Ellyn sample a large amount of a highly unusual phosphorus mineral called schreibersite.

Phosphorus is essential to life and plays a key role in all life processes from movement to growth and reproduction. The phosphorus present on early Earth's surface was contained in minerals that cannot dissolve in water, but schreibersite can.

"Most models for how life may have formed on Earth's surface invoke meteorites which carry small amounts of schreibersite. Our work finds a relatively large amount of schreibersite in the studied fulgurite.

"Lightning strikes Earth frequently, implying that the phosphorus needed for the origin of life on Earth's surface does not rely solely on meteorite hits.

"Perhaps, more importantly, this also means that the formation of life on other Earth-like planets remains possible long after meteorite impacts have become rare."

The team estimated that phosphorus minerals made by lightning strikes surpassed those from meteorites when the earth was around 3.5 billion years old, which is about the age of the earliest known microfossils, making lightning strikes significant in the emergence of life on the planet.

Furthermore, lightning strikes are far less destructive than meteor hits, meaning they were much less likely to interfere with the delicate evolutionary pathways in which life could develop.

The study has been published in Nature Communications.