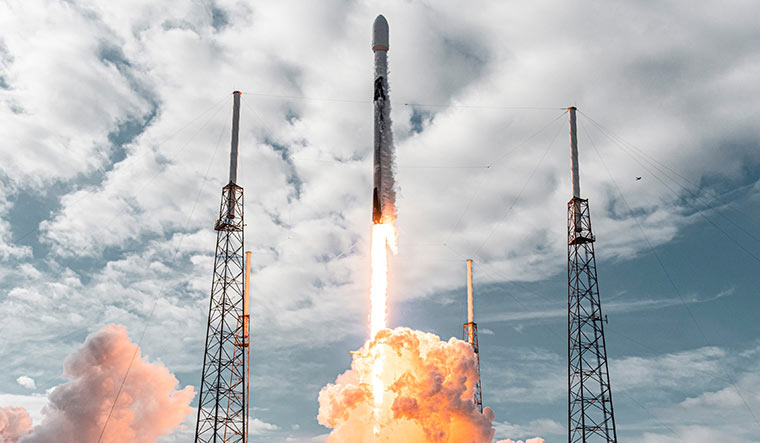 The Falcon 9 rocket during its launch | SpaceX

The race to put the most satellites in space is heating up. Elon Musk’s SpaceX has successfully placed 143 satellites in orbit, beating the record set by the Indian Space Research Organisation in 2017, when the PSLV-C37 launched 104 satellites.

With SpaceX growing its profile to make commercial satellite launches more viable, the company has used its ‘SmallSat Rideshare Program’ to deploy the satellites, which include 133 commercial and government spacecraft along with 10 Starlink satellites.

The SmallSat Rideshare Program provides increased access to space for small satellite operators seeking a “reliable, affordable ride to orbit”. It offers rideshare missions to space at a price of $1 million per 200kgs. The launches take place aboard SpaceX’s reusable Falcon 9 rocket.

On Sunday, at 10am EST, SpaceX launched its Falcon 9 rocket from Cape Canaveral Space Force Station in Florida. After separating from its payload, the rocket performed an autonomous droneship landing on the “Of Course I Still Love You” barge, located some 500km south of Cuba.

SpaceX plans to tap into the global affordable satellite launch market. It also proceeds with its plan to create a constellation of satellites that can beam internet to every ocrner of the globve, as part of the Starlink project. SpaceX has launched over 800 satellites already, out of a total of 12,000 that have been approved (with 30,000 more planned).

ISRO plans to launch a rocket that will only carry private satellites, PSLV-C51, on February 28.

ISRO Chairman K. Sivan had said that the next mission PSLV-C51 (polar satellite launch vehicle) would be a special one. “It is special for the entire country. The government of India has initiated (reforms) and within eight months, the first satellite 'ANAND' from a start-up called Pixel India, is going to be launched," he said addressing scientists from the Mission Control Centre after the successful launch of communication satellite 'CMS-01' on-board PSLV-C50 from the spaceport in Sriharikota.

The chairman said along with it two more satellites 'SATISH SAT', built by 'Space Kids India', and 'UNIT-SAT', built by consortium of universities, would be sent. “Definitely, PSLV-C51 (mission) is going to be a first of its kind in the country. It is going to initiate a new era of space reforms in India and I am sure that these private people will take this activity further and provide services for the entire country," he said.