WhatsApp alternatives that you can use 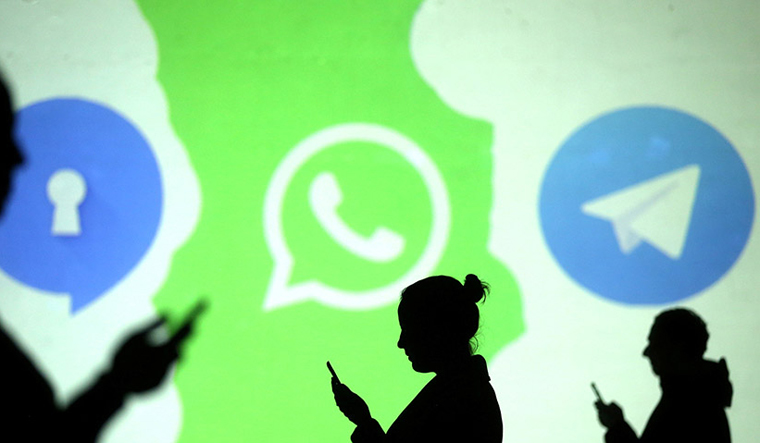 WhatsApp's new data privacy rules have rubbed many people the wrong way. As per the new policy as revealed by WhatsApp, it wil be hsaring its user data with not only Facebook, its parent company, but also other companies owned by Facebook. At a time when there is much scrutiny over the way user data has been handled by companies, WhatsApp's new data policy has angered many, with some even looking at options outside of WhatsApp for instant messaging purposes. Here is a look at some of the alternatives to WhatsApp that are out there.

Arguably the best like-like app to WhatsApp out there, Telegram has been growing popular in the last few months. It is a freeware, cross-platform, cloud-based instant messaging, vdeo calling and VoIP software. It was launched in 2013 by two Russian brothers – Nikolai Durov and Pavel Durov. The most popular feature of Telegram is its 'Secret Chat' mode which is made possible by the service's end-to-end encryption under Telegram's MTProto messaging protocol, which nations worldwide have failed to crack.

Signal is also a free, simple to use app which is available on all major platforms. But unlike, WhatsApp and Telegram, Signal users open-source encryption, which means security developers can test it for flawas and find bugs. It lacks the glam of WhatsApp and Telegram but makes of for it in tierms of the security that it provides. Of all major messaging apps, Signal is the arguably the msot secure. Elon Musk had urged his followers to use the messaging app couple of days ago. This also resulted in many buying stocks of another company Signal advance which saw its shares shoot up 12-fold in two days!

Viber has been around for quite some time and is also more popular that Telegram. Operated by Japanese MNC Rakuten, Viber is a free app that has user concentration in certain regions like Europe and the MENA (Middle East and North Africa) region. Viber also allows end-to-end encryption. Started in 2020, Viber celebrated its 10-year anniversary three wekks ago.

WeChat is a very popular app among over 1.3 billion people in the world. That is primarily because it is the go-to messaging app in China. Its user interface is similar to that of WhatsApp. But considering the amount of data privacy questions asked of apps owned by Chinese companies, WeChat may not be the first option for many who are on the lookout for a WhatsApp alternative.

Kik is an instant messaging software that has been around for quite some time. It does not require your phone number to register. It requires an email and uses your phone for storing chats. Once you switch phones, you lose the chats. It is a feature that has worked for and against the app. It is also one of the most secure and private apps out there. The app however has had its share of bad reputation due to the huge influx of bots in the app and the fact that it was used for drug dealing and other illegal activities.

Founded by Skype co-founder Janus Friis, Wire also uses end-end encryption and is a secure app. It is available on both Android and iOS platforms. However, since it is not yet very popular, you mght have difficulty using it if your contacts aren't using the app too.