Over 2.56 lakh hectare land in India affected by forest fire in 2019: Govt 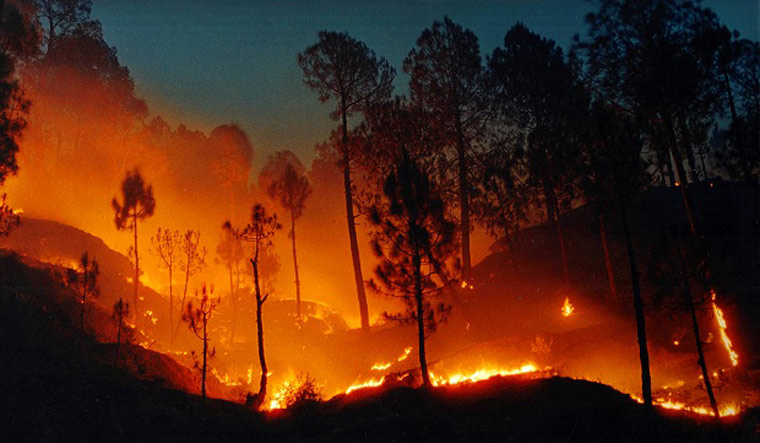 Forest fires have been increasing across the globe and over 2.56 lakh hectare land in India has been affected by it in 2019 as reported by states, the environment ministry informed Lok Sabha on Wednesday.

In a written response to a query, Minister of State for Environment Babul Supriyo said most of the fires in the country are ground fires in which vegetation gets burnt and an amount of Rs 47 crore has been released to states under the Forest Fires Prevention and Management Scheme for 2019-20.

"As regards India, an area of 2,56,710 ha has been affected by fire in 2019 as reported by the States. Most forest fires in the country are ground fires in which ground vegetation, etc. get burnt. The number of incidents of forest fire in the country varies from year to year depending on various natural and anthropogenic reasons, he said.

The minister, while responding to another question on the special arrangements formulated under the Forest Fire Prevention and Management Scheme, said that the responsibility of forest fire prevention and management lies primarily with respective state governments.

State Governments prepare Annual Plan of Operation for prevention and management of forest fire under this centrally sponsored scheme and funds are released as per the Central Sponsored Scheme Guidelines, the minister said.

He said that the scheme provides for preparation of fire danger rating system and forest fire forecasting system. The States/UTs are provided satellite based forest fire alerts on a near real time basis.

In addition members of Joint Forest Management Committee, Eco- Development Committees, NGOs, volunteers, etc also get forest fire alerts in their registered mobile numbers. Till date around 1, 01, 550 users have been registered to receive fire alerts from the Forest Survey of India, he said.

The minister also told the House that as reported in Forest Fire Management: Global Best Practices, a compendium prepared by the National Disaster Management Authority, forest fires across the globe are increasing.