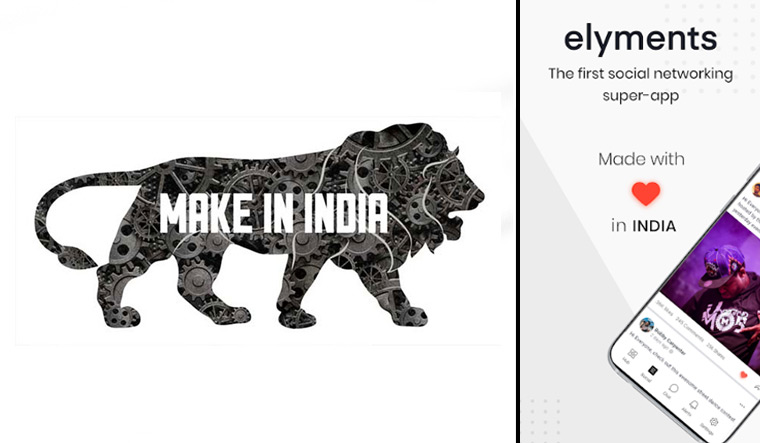 A day after Vice President M Venkaiah Naidu launched the Made-in-India social media app, Elyments, the application received over one million downloads as enthusiastic Indians downloaded it in droves in a bid to promote 'Aatma Nirbhar Bharat'.

Possibly overwhelmed by the demand, however, the app gave many users issues: Several reported being unable to receive the OTP needed to log in. The app developers later tweeted to say that they were working on a fix.

"We are re-calibrating our systems to adjust to the phenomenal response : 1M+ downloads in 24 hours. We will notify you as soon as we get our systems back up and running at full steam. P.S. Thank you India!

At the time of writing, OTP verification was working. However, issues were faced in trying to set an account up, with the process not moving beyond the first screen.

The app was marketed as a "comprehensive social networking app" that would be available in eight Indian languages.

Its success comes in the wake of TikTok's demise in India, after a government ban on the app along with 58 other apps with Chinese links removed one of the largest social media networks from the Indian internet. Over 200 million Indians were on TikTok prior to the ban—this massive potential customer base is now expected to migrate, either to existing social media platforms like Instagram, Facebook and SnapChat, or to new social media platforms that advertise their 'Made-in-India' credentials.

The benefit of a desi app is that users' data can be expected to be stored within the country.

At the launch event, Elyments' developers said, "People will be able to connect globally and shop locally".

Data of users is stored in India and user's data will never be shared with a third party without the user's consent, they said. Among the privacy features advertised by the app was "hardware-based encryption".