It is one of the most happening times for ISRO: Jitendra Singh

ISRO will be one of the essential tools for PM Modi's new India, says Singh 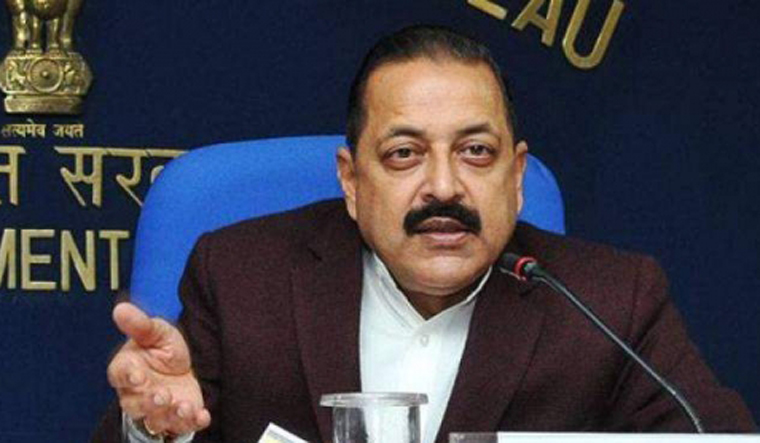 Singh pointed out that most of the government departments will feel isolated if they do not work with the ISRO and mentioned as to how the railways department is groping with the problem of unmanned crossings and how space technology can help identify obstructing objects and alert the railways. Singh was speaking on the sidelines of the release of the Bhuvan Panchayat V 3.0 Web Portal in Bengaluru.

Singh recalled as to how it was Dr Virkam Sarabhai's dream to take the space programme pan India. “Now we have space centres even in places such as Jammu and Agartala and now virtually every Indian is using space technology in some form or the other. A lot of effort has gone into making this Bhuvan Panchayat Web portal a reality,” said Singh.

Bhuvan Panchayat V 3.0 Web Portal has been developed by the National Remote Sensing Centre (NRSC) of the ISRO to support Gram Panchayat Development planning in the country. It will facilitate multiple tasks that will make work simpler for gram panchayats in every nook and corner of the country. The portal will have spatial analytics module for development planning and will have feature profiling based on gram panchayat population and region. This portal will also facilitate enhanced activity planning with features such as integration of land resource development planning and water resource development planning. It will also have responsive Graphical User Interface (GUI) for better user interface and an advanced report generation module. This portal will also have provision to integrate other agencies data as webs service and integrated NIC panchayat web services.

“This geo portal for gram panchayats will provide space based information support for decentralised planning. It is being developed for data base visualisation, data analytics, generation of automatic reports, model based products and services for the benefit of gram panchayat members and other stake holders. The scope of this project is immense as there are around 2.56 lakh gram panchayats in India,” remarked Santanu Chowdhury Director of NRSC-ISRO.