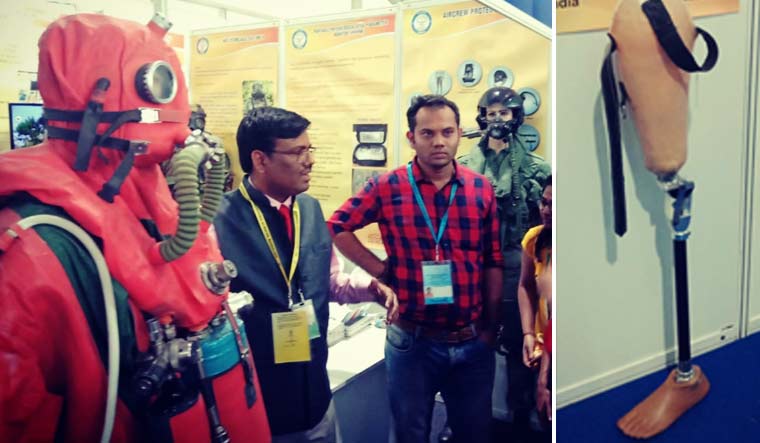 If you think DRDO is all about defence technology, think again: The country’s premier military research organisation has its ears to the ground too. Be it a cochlear implant for the hearing-impaired, a stent, or an artificial limb—DRDO has plans to make advanced technology affordable and indigenously-developed.

A dream of late President A.P.J. Abdul Kalam was to share the know-how of defence innovations for the benefit of the civil society. Launched on June 27, 1993, the Society for Biomedical Technology (SBMT) under DRDO, has been focussing on developing indigenous technology to tackle the healthcare challenges of the society. After the huge success of the Kalam Raju Coronary Stent, which brought down the exorbitant cost of stents to Rs 15,000 per units (against the market price of Rs 60,000 for imported stents), SBMT has now developed an indigenous multi-electrode cochlear prothesis for the benefit of profoundly deaf people, to be made available in near future.

The high cost of imported implants inspired DRDO to set out on this societal mission.

“The human trial for the cochlear implants is underway. In November 2019, the first surgery was performed. Once 50 surgeries are through, it will be made commercially available. The transfer of technology will be followed by commercialisation of the product,” said a scientist at DRDO.

“We have tied up with leading hospitals, and the transplant will cost less than Rs one lakh, while the imported ones cost more than Rs 5-6 lakh. This will be available in the market in near future. The cochlear implant is compatible as it is customised to suit even a four-year-old child. The earlier it is implanted the better as it will function like a normal ear. A team of doctors, biomedical engineers and mechanical engineers have worked to develop this implant,” said Dr Aparna Shastry, a scientist at DRDO.

The Make in India initiative of SBMT also includes the Above Knee Prosthesis (AKP). The prototype of an artificial limb for those who have suffered amputation of the leg, has been developed and it is undergoing evaluation. “AKP will be available for as less as Rs 5,000. Unlike the Jaipur foot, this one weighs less than a kilo and can provide better gait as it can turn up to three degrees in all directions. It is stable on uneven terrain too,” explains the DRDO scientist.

Another innovation is the ‘Exoskeleton’—a wearable orthotic device that enhances endurance and strength. A useful device for soldiers carrying payloads of up to 30kgs, it is battery-powered and can help soldiers walk and climb in tough terrains without getting tired, as the device prevents pressure from being exerted on the limbs. This prototype will take three years to provide the needed efficiency and functionality. The project is being monitored by the PMO.

A submarine escape set for Indian Navy, a bio-vest to monitor the physiological parameters for Gaganyaan astronauts and underwater breathing apparatus are some of the other innovations aimed at equipping the Indian armed forces with the best of technology to assist them in escape and survival.

“If the submarine gets stuck underwater, the 60-65 crew members are under very high pressure and the oxygen they breathe becomes poisonous. So the hydro-suit and the breather system will give protection until the rescue team arrives. It has a cylinder with a gas mixture of Helium, Nitrogen and Oxygen, with a reducer. All inert gases are flushed out once you reach the surface and in the closed circuit, carbon-dioxide will be converted into oxygen in a separate chamber [at a rate of] 4 litres/minute. It gives a window of two and a half hours for rescue. The system weighs 24.5 kilos as it should control the rate of ascent, so the blood flow is not obstructed,” explains Arun Kumar, a scientist from DEBEL-DRDO.