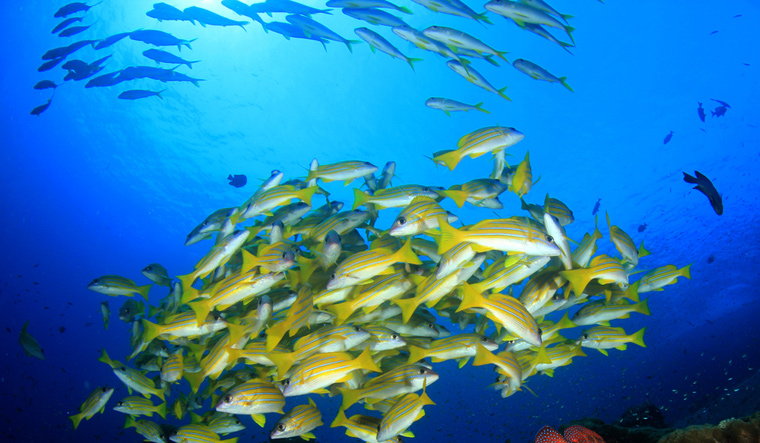 Biodiversity loss is happening at a faster rate in the tropical regions of the world, with changes in marine ecosystems outpacing those on land, according to a study that can help prioritise global conservation strategies.

The findings of the study, published in the journal Science, revealed that there were both negative and positive changes in ecosystems across the world, and while on average the numbers of species living in each place was not changing, many regions were either gaining or losing species.

An international team of scientists, including those from McGill University in Canada, examined the variation in species richness and composition across the Earth's longitudes.

The researchers pieced together and mapped more than 50,000 data points on the chronological changes in biodiversity from studies across the planet using the database BioTIME.

According to the researchers, detecting geographic variation in biodiversity trends could help policy makers prioritise conservation approaches by identifying which regions to protect, and which places to help recover.

"Our study shows biodiversity is changing everywhere, but we are not losing biodiversity everywhere. Some places are recovering and adapting," said Maria Dornelas, lead author of the study from the University of St. Andrews in the UK.

While earlier studies had already established that human actions affected biodiversity with different timings and effects, Dornelas said that researchers didn't have a clear understanding of the net effects of these actions across the planet.

"When biodiversity is in the news these days, it is often because the Amazon is on fire, or there is a global mass mortality event in coral reefs, and rightly so, because these are terrifying news. However, there is a lot of recovery also taking place silently in the background, and many places where not much is happening," Dornelas said.

The study also revealed that marine ecosystems underwent the most rapid transformations in biodiversity compared to all other habitats.

"The species that make up local assemblages are changing everywhere, but these changes are happening faster in marine compared to terrestrial assemblages," said Shane Blowes, the first author of the study from the German Centre for Integrative Biodiversity Research (iDiv).

According to the study, while some locations have experienced decreases in the numbers of species, others show increases or little change at all.

"More consistently, however, the identities of species appear to be changing at nearly all sites -- this kind of change is critical to planning conservation and management strategies, particularly for sites exhibiting rapid turnover," said Sarah Supp, joint first author of the study from Denison University in the US.

According to the researchers, our planet is undergoing a great geographic reorganisation of its biodiversity in response to human activities and climate change, which they added will continue to happen for decades to come.