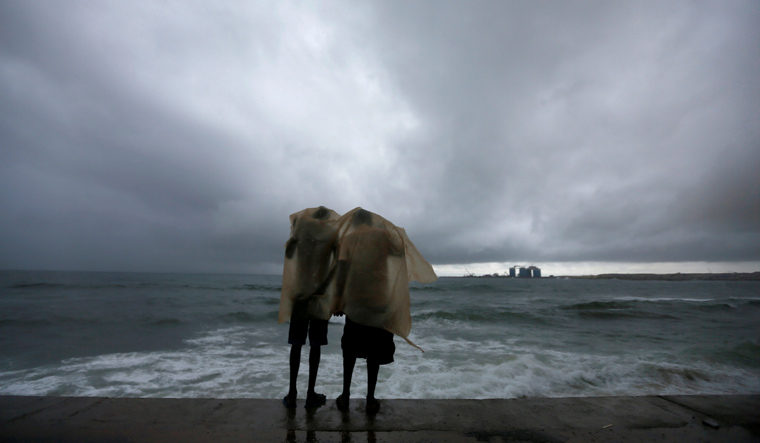 The Southwest monsoon has finally begun its withdrawal this year. The Indian Meteorological Department (IMD) announced on Wednesday that the monsoon had withdrawn from parts of Punjab, Haryana and north Rajasthan. The normal date for the onset of withdrawal is September 1. This is perhaps the most delayed withdrawal on record, the previous two in recent years were in 1961 (withdrawal on October 1) and 2001 (withdrawal on September 30). Usually, the southwest rainfall recedes from the entire subcontinent by October 1.

The persistence of an anti-cyclonic circulation in the lower tropospheric level over northwest India has caused a gradual reduction in the moisture levels and a reduction in rainfall.

The IMD had, on September 30, announced that the rains would begin withdrawing by October 10. It said the conditions were becoming favourable for further withdrawal of the monsoon from some more parts of northwest India during the next two days and from the remaining part of northwest and central India in the subsequent two or three days. There is also heavy rainfall predicted across Maharashtra.

Even as the temperatures are expected to drop by two to three degree Celsius over northwest India, the hills are likely to get more rain. Lightning and thunderstorms have been predicted for Jammu and Kashmir, Himachal Pradesh and Uttarakhand over the next 24 hours.

The rains this year have achieved several records, despite the late onset and a dry June, which had triggered fears of a drought. On the contrary, it has been one of the wettest years in recent times, with the season receiving 110 per cent of the Long Period Average. July, August and September have seen record rainfalls and cities as far across as Pune and Patna have battled floodwaters till as late as September.