'India might reach estimated rise of 1.5 °C faster than any other country' 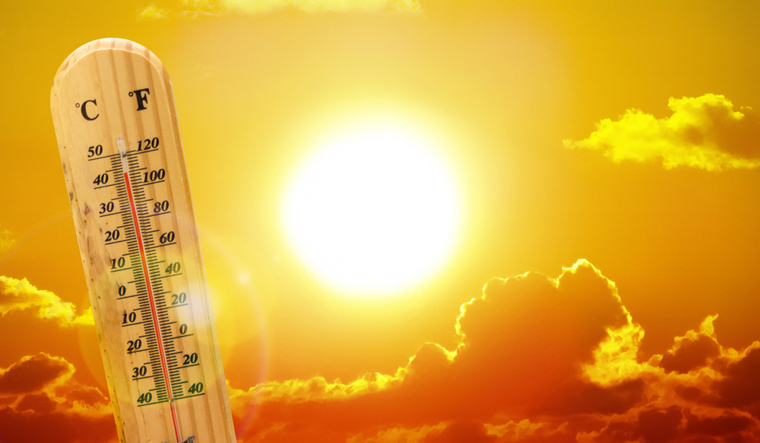 With the UN Secretary General Antonio Guterres calling in a global ‘Climate Emergency’ and the Intergovernmental Panel for Climate Change (IPCC) addressing the world nations to take decisive action for limiting the global temperature rise to below 1.5 °C, there is an intensive drive happening across the world for studying and assessing the issues and causes related to climate change. Many nations have already been investing in climate change studies and are speed tracking solutions to counteract the menace caused by these changes. In March, the Indian government set up a nationwide study on impacts of climate change for the first time in the country.

Prof N.H. Ravindranath, a climate scientist at the Centre for Sustainable Technologies in the Indian Institute of Sciences (IISc) heads the study and hopes to shed some light on how to tackle and control the change, to best equip the country and help policy makers for drafting sustainable and climate friendly policies to bring stability to the situation.

Organisations like the UN and countries like USA, France, Britain and such have been investing highly on climate change studies for some time now. What prompted the Indian government to set up an impact study on climate change for the first time after all these years?

India, being part of the UNFCCC (United Nations Framework Convention on Climate Change), had been conducting studies for the last three-four years. But with the declaration of climate emergency by the UN and the growing need to tackle the issues related to climate change, more and more institutions has been brought in for such an extensive study. Institutions such as the IISc (Indian Institute of Science, Bengaluru), CRIDA (Central Research Institute for Dryland Agriculture, Hyderabad), IITM (Indian Institute of Tropical Meteorology, Pune) have been actively conducting such studies. But not many institutes in the country are equipped with the facilities for such studies.

For studying the changing climate patterns, proper documentation had to be done over the past years. Was this done in India?

Normally climate change impact studies are based on modelling and mapping of changing patterns in the past 30 or 50 years. It is always difficult to attain enough data of that time period to make a sharp analysis. But we make do with the data available and try to produce a climate change model and mapping for the next 30 or 50 years. Each modelling provides better data for the next one.

Does the impact study start out from the District or the Panchayat level or are you looking at a broader state-wise study for now?

No, it is a broader impact study. It is more focused on a national mapping of changing agricultural patterns, changing forest areas, air quality levels and such. The main objective is to create a methodological mapping and modelling which will be able to predict the changes that can happen in the coming years. The models can be used to predict a probable number of climate related calamities that can happen over the years and can provide an outline for the climate action plans and policies to be taken by the government.

According to the IPCC (International Panel for Climate Change) report, the global temperature levels will go up by 1.5 °C within a short period of time if counteractive measures are not taken. What about the temperature rise in India compared to the global levels?

The temperature rise in India will not be consistent. The global temperature average is based on land and ocean temperatures. In India, central areas could warm up to 1°C and other areas can go up to 0.8 °C in a short time. Probably India will reach the estimated rise of 1.5 °C faster than any other country in the world. This is because India, being one of the fastest developing countries, has high amounts of greenhouse gas emission and carbon emission. Also it has a bigger geographical area that the rest of the developing countries, thus creating bigger amounts of emission. So steps should be taken by the state governments to bring down these levels if we are to tackle this effectively.

Does the classification of the causes occur based on broad titles or do you intent to classify it on specific issues which pertain to specific areas?

We are not doing any specific area related studies of now. We are looking at creating models of water availability, climate change patterns, cropping patterns and such. Many institutions have come together and the different areas of studies are split between them. Thus it will be based on broad titles and the reports will be brought together to create a comprehensive analysis of the change. This will be submitted to the Indian government as well as the UN.

The recent floods, heat waves and droughts that occurred throughout the country were pointed out as the result of drastic climatic changes. Does the study focus on such calamities and isolate the root cause of such events?

We won’t be able to focus on such events as the models are generally made for the next 30 or 50 years and it is to predict the changes that can occur in the coming years from the analysis of the data of the past years. But the governments of these calamity-affected states can facilitate such studies by these institutions and create better plans and policies to manage such calamities.

The climate change can also affect the cropping patterns and crop yield in different states. Can this data be used as an advisory for the farmers on their crop plantation cycle?

Yes, it can be done but not in the next two-three years. The models made on agricultural and cropping patterns can predict the changes that happen in the next 20-30 years and thus it can be used as an advisory for farmers and can help them in shifting their crop plantation cycles accordingly.

As the majority of states are not equipped with the technical acumen and man power for conducting such an extensive study, how do you plan to fill this void and make sure positive changes happen in every state?

It requires impetus from the state governments. The states with proper technical facilities are very few. They can involve these institutes to conduct studies in their states for the time being. But in the longer run, proper facilities has to be created for documenting and analysis the data.

What about the condition of the states with high vegetation and also coastal states as these are the areas where the climate change can be directly felt?

It was seen that in states like Kerala and Meghalaya, the forest cover had been largely depleted. The rain forest covered areas of Meghalaya and other north eastern states has become much lesser compared to the last study. This can be directly seen in the rising temperatures, longer summers and lesser rainfall in these areas. Also coastal areas are in the danger of flooding and heavy rainfall induced calamities.

Does the analysis of the data point to possible solutions or methods of effectively tackling the issues and is there any positive takeaways from study?

There will be solutions and recommendations from the study. But the whole data collection has to happen before proper comparison can be made with the previous reports. Also there were recommendations on handling the temperature rise and the emission levels from the previous reports. But the governments have to take the conscious decision of shifting to sustainable and energy efficient solutions such as wind and solar energy. It does not mean that the development sector will be affected by the switch. It is the way forward for creating sustainable development models.

Being the first study on climate change in India, what is the next step going forward?

The next step forward will be deeper and specific studies from the smaller levels of district or panchayat and creating short term goals of emission reduction and the switch to sustainable solutions. This would create a huge database to study from and can help the analysts to provide a clearer picture of what to expect in the coming years.