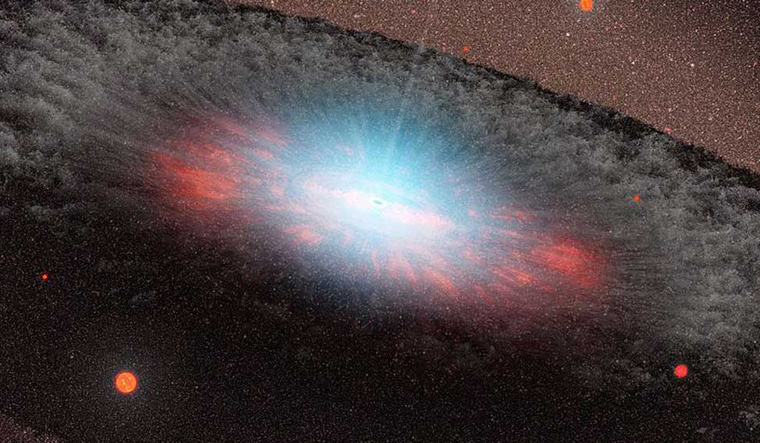 For centuries, mankind believed that the earth was the centre of the universe, and that all the stars and planets revolved around our planet. With great difficulty, astronomers shifted the “centre” as it was understood from the earth to the sun, but this was also false. Now, for the first time, scientists are set to capture a photo of what is really at the centre of our lives, or rather of our galaxy—a black hole.

Researchers at the European Commission, European Research Council, and the Event Horizon Telescope (EHT) project have announced a “groundbreaking” result to be made public on April 10.

EHT have linked together the world’s best telescopes to study two black holes—Sagitarrius A* and the supermassive black at the centre of neighbouring galaxy Messiers 87. It is not yet known which black hole the team is expected to release their results for but either way the results are a first for humankind.

Capturing an image of a black hole is technically impossible since there is no light emitted by the hole. The researchers worked around this by photographing a shadow. At the boundaries of the black hole, gas and dust particles are superheated by the intense forces until they start to emit electromagnetic radiation. The EHT is expected to focus on the shadow left by the black hole on its encompassing accretion disc of light.

You can view a visualization uploaded by the ESO on what it looks like to zoom into Sagitarrius A* here.