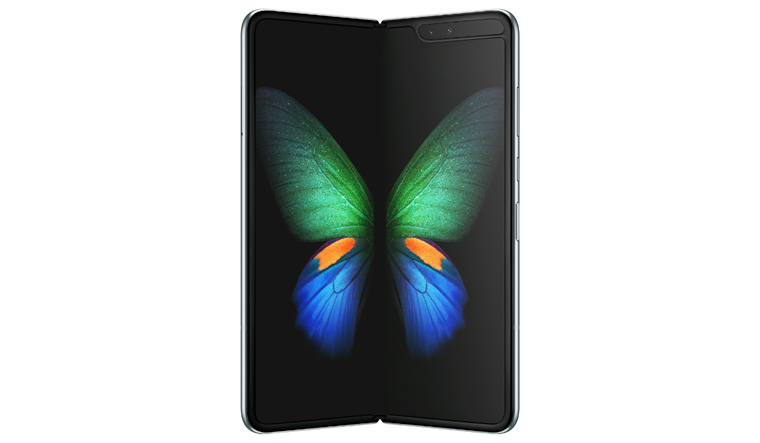 South Korean tech giant Samsung wowed the smartphone industry by unveiling a smartphone that folds open to be a tablet. Samsung Galaxy Fold, unveiled at a San Francisco event, resembles a conventional smartphone with a 4.6-inch display but opens like a book to reveal a second display with the size of a small tablet, featuring a 7.3 inch (18.5 cm) Infinity Flex Display.

With the Galaxy Fold, Samsung became the first major manufacturer to offer the 'foldable' feature as it strives to stoke excitement in a slumping market. The South Korean giant also appeared to get the jump on rivals by announcing the first smartphone for fifth-generation—or 5G—wireless networks, while stepping up its efforts in artificial intelligence and wearables.

At a hefty price tag of $1,980, Samsung has set a new standard in premium pricing and the Galaxy Fold will go on sale from April 26.

The phone, which can operate three apps simultaneously and with six cameras, definitely challenges the notion of what a phone can cost, debuting at nearly twice the price of current top-of-the-line models from Apple and Samsung itself.

“Due to price, it’s likely to be sold mainly to early adopters. Prices are key to expanding sales,” said former Samsung mobile executive Kim Yong-serk to Reuters on Wednesday.

According to Reuters, brokerage Hana Investment & Securities expects Samsung to sell 2 million foldable phones in 2019, with the price keeping the volume relatively low, while another brokerage expects shipments to reach 1 million. That would be less than one per cent of the 291 million smartphones Samsung sold last year.

However, some industry watchers observed that foldable phones like the Galaxy Fold may bring more consumers into the tablet market, which had shrunk 6 per cent last year even as Apple shipped more iPads. Apple commands 25.8 per cent of the global tablet market, nearly double Samsung’s 13.3 per cent.

Samsung also announced new Galaxy S10 models, upgrading its current line of flagship handsets to include a 5G device. Rivals are expected to make 5G smartphone announcements at next week's Mobile World Congress. No price or release date was announced for the S10 5G version. Other options include the S10e starting at $749, and the largest version, the S10 Plus, at $999—which will be available March 8.

Samsung announced that its digital assistant Bixby will be available in four new languages in addition to the already available US English, Korean and Mandarin Chinese. The new languages are British English, German, Italian and Spanish. The move would help Samsung step up its efforts in the rapidly growing field of voice-based artificial intelligence dominated by Amazon's Alexa and Google Assistant.

The company also introduced a new lineup of wearable tech devices including its Galaxy Watch Active smartwatch, Galaxy Fit trackers and its cord-free earbuds, called Galaxy Buds. The smartwatch will support apps designed to monitor blood pressure and stress indicators and is designed to detect a variety of workouts including running, biking and rowing.