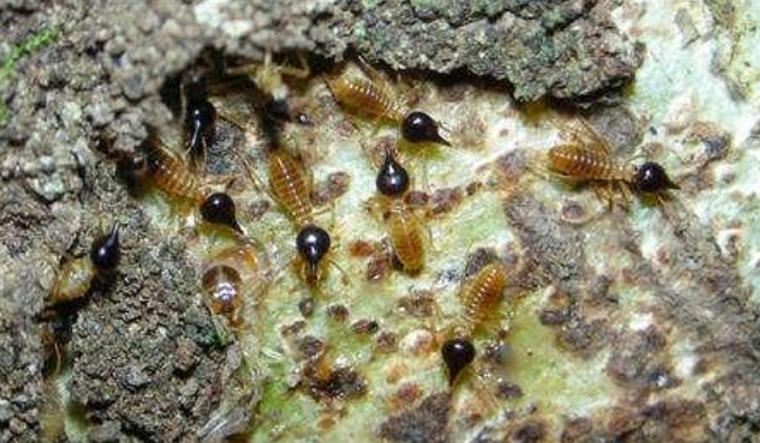 Termites may hold the key to transforming coal—a big polluting chunk of the global energy supply—into cleaner energy for the world, according to a study.

The study, published in the journal Energy and Fuels, found that a community of termite gut microbes converts coal into methane, the chief ingredient in natural gas.

The study, which produced computer models of the step-by-step biochemical process, was a collaboration between the researchers at University of Delaware and ARCTECH, a company based in Virginia, US.

"It may sound crazy at first—termite gut microbes eating coal—but think about what coal is. It is basically wood that is been cooked for 300 million years," said Professor Prasad Dhurjati from the University of Delaware.

Each microbe contributes to one or more steps in this intricate digestion process, in which there are hundreds of steps, and where the product of one microbe may serve as food for the next.

"These microbes make millions of surgical nicks in the coal, using enzymes derived from a vast array of genes," Dhurjati said.

Several companies have attempted to commercialise this microbial breakdown of coal, but have failed because of the complexity involved in making a community of microbes work together.

However, ARCTECH has succeeded in getting the microbes to convert coal into methane gas, as well as organic humic products useful for agriculture, water cleanup and waste recycling, researchers said.

The microbes—a mix of bacteria, protists and fungi—first convert the coal into large polyaromatic hydrocarbons, which are further degraded into mid-chain fatty acids, next into organic acids, finally producing methane.

The kinetic model simplifies and "lumps" the hundreds of steps into a few important intermediate ones.

These biochemical intermediates are then incorporated into a mathematical model that can be used to identify where the process breaks down and how to get it going again.

The models serve as a quantitative tool, providing critical information for addressing the nutritional needs of the microbes and for troubleshooting metabolic bottlenecks and chokepoints.

The models also can be used to simulate coal mine conditions, an environment very different from the termite gut.

The microbe-based technology already has been implemented in large tanks called biodigesters above ground, and Dhurjati is now seeking collaborators to test the technology below ground, in a deep coal mine.