Many such futuristic technologies are now getting a push towards reality 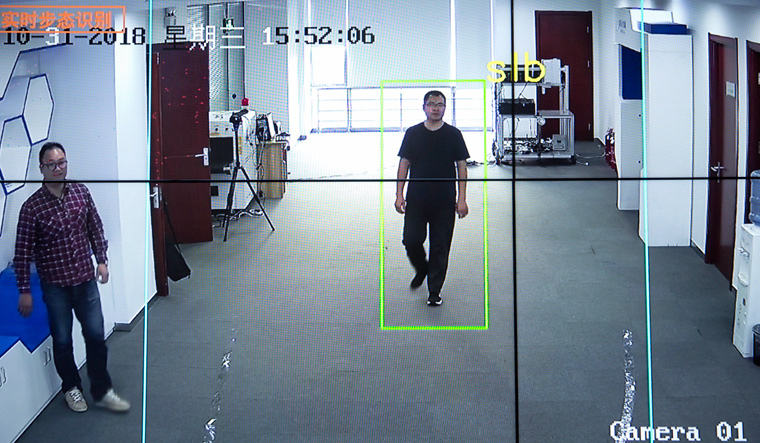 A Chinese technology startup hopes to begin selling software that recognizes people by their body shape and how they walk, enabling identification when faces are hidden from cameras | AP

A self-driving car that turns the coffee machine on as you get home, a vending machine that scans prescriptions to dispense drugs, a 'judiciary assistant' that can help predict the outcome of a court case—these are few of the 'smart' ideas taking shape in China where the big data industry is pushing new frontiers.

Big data, a term that refers to data sets that are too large for traditional computers to process or analyse, meets the various needs of a more technology advanced tomorrow.

As upcoming technologies like Internet of Things, machine learning and artificial intelligence become more sophisticated, they need huge data storage and processing requirements that can not be met by traditional computers.

One of the systems being supported by the big data industry is a smart judiciary assistant that can quickly scan through past judgements and case details to pull out relevant legal points, helping judges to arrive at decisions much faster.

The project, being piloted in Guiyang, the capital city of Guizhou, can also help citizens know if they are likely to win a case.

"If you are hit (in a road accident) and you want to take the case to court, with the smart assistant you can get an idea if you will win the case," said He Yuan, general manager of China Big Data, one of the biggest big data companies in the area.

Guizhou, a mountainous province with pleasant climate all year round, provides an ideal location for the big data industries. The province, located away from major earthquake prone areas, has been designated the official centre for big data in China.

The Chinese government has enabled several big data companies to set up their servers in the area and are even providing free work area for start ups to launch their next-generation ideas.

The Hyundai Motors Group is using big data capabilities in China to work on its 'Connected Car Vision'—a vehicle that not only has self driving capabilities but is also connected to a smart home.

The company envisions a system that can switch off devices inadvertently left on when users leave home, and can also automatically turn on the air conditioning or the coffee machine as they drive home.

Another start-up has developed a vending machine that not only dispenses over the counter drugs, but can also scan prescriptions to dispense medication that cannot be otherwise sold without prescriptions.

Many such futuristic technologies—designed by both privates as well as government entities—are now getting a push towards reality.

Earlier this year, the Office of Guizhou Cyberspace Administration and the National Institute of Information Technology (NIIT) signed a strategic cooperation agreement in Bangalore to develop big data education in the Guizhou province.

This partnership between 'Asia's Silicon valley' and 'China's Data Valley' aims to establish a China-India IT hub and train IT engineers in Guizhou.

"This is an opportunity to learn from each other," said Mu Degui, director-general of the Publicity Department of Guizhou Provincial CPC Committee.

In an interaction with journalists, Degui said he has discussed with the Chinese ambassador in New Delhi the possibility of starting a direct flight between India and Guizhou to facilitate an effective partnership between the IT industries of both countries.

While big data infrastructure can push the IT industry towards the future, and make the lives of ordinary citizens easier, there remains a grey area when it comes to who can access the data.

With various government entities holding stakes in the big data industry, officials were non-committal when asked questions on citizen privacy and the prevention of data misuse.