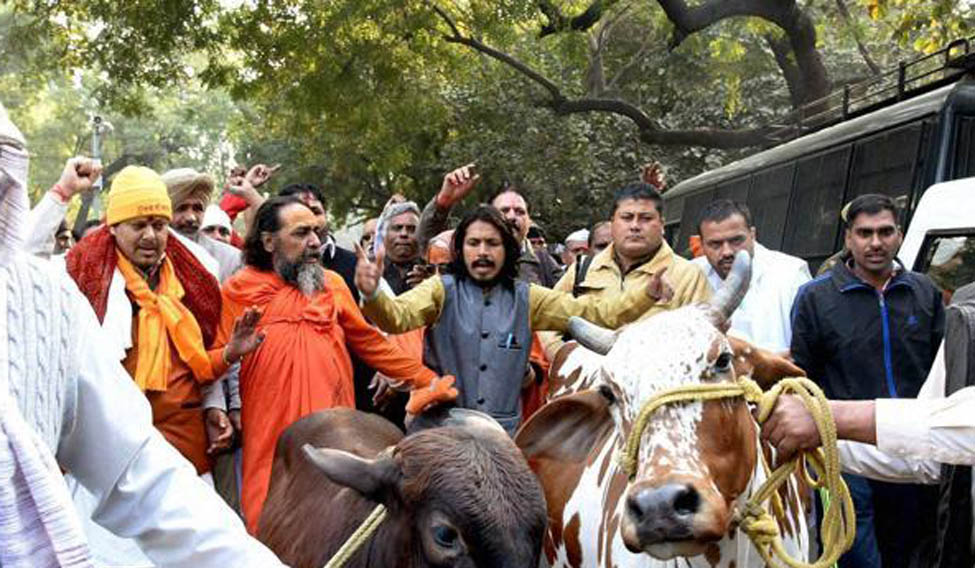 Goa is staring at a beef shortage with traders suspending purchase of the meat from neighbouring Karnataka, alleging harassment by cow vigilantes.

An association of traders said its members have stopped procuring beef from Belagavi in Karnataka.

This will continue till the state government takes steps to stop harassment by cow vigilante groups, it said.

"Harassment by these groups has increased in the state since Christmas. Traders have now decided not to import beef as trucks ferrying the meat are being stopped and confiscated in the name of illegality," Manna Bepari, president, All Goa Qureshi Meat Traders Association, told mediapersons.

Due to this, the state now faces a beef shortage, he said.

Bepari said around 25 tonnes of beef is brought from Belagavi every day. "There is no production of beef in Goa as its lone state-run abattoir is no longer operational."

Cow protection groups, including the Gau Raksha Abhiyaan, have alleged beef in Goa is brought from illegal slaughter houses in Karnataka, a charge denied by Bepari.

"We bring the stock from legal slaughter houses in Karnataka. If any group has any problem with those slaughter houses, they should go there and protest and not stop our trucks, which cause losses of lakhs of rupees," he said.

Gau Raksha Abhiyaan leader Hanumant Parab claimed cattle were being slaughtered in abattoirs across the border without approval from authorities.

"Due to this, we have undertaken stringent checks (on the Goa-Karnataka border) along with police," he said.

Bepari said traders want immediate intervention by the state government in the matter. Till then, they will not buy beef from the neighbouring state.

Beef sale has been banned in Maharashtra, which also borders Goa.

Your form could not be submitted.
This browser settings will not support to add bookmarks programmatically. Please press Ctrl+D or change settings to bookmark this page.
Topics : #Goa | #beef ban | #Manohar Parrikar | #Karnataka