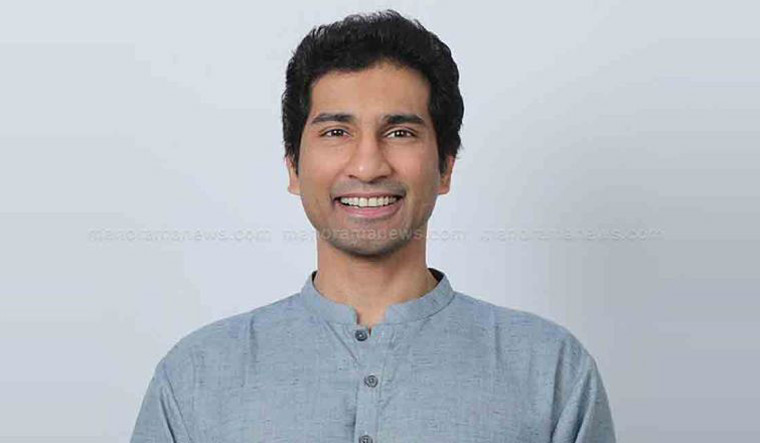 In January 2019, Anil K. Antony, son of former Union defence minister and former Kerala chief minister A.K. Antony, became the convenor of the Congress party’s digital media cell in Kerala. Announcing his induction into the leadership role, then Kerala Pradesh Congress Committee president Mullappaly Ramachandran said Anil had proven his mettle in Gujarat. Ramachandran was referring to the political analysis and survey Anil had done in Gujarat for the Congress, ahead of the assembly elections in 2017. Cut to January 2023, Anil has announced his decision to resign from all his positions in the grand old party. His opinions on the BBC documentary, The Modi Question—which also has a Gujarat connection—and the reactions he received ever since then, resulted in his exit.

A post-graduate in management science and engineering from Stanford University, Anil held the post of national coordinator of the social media and digital communications department of the Indian National Congress. He was inducted into the KPCC digital media cell following a report submitted by Thiruvananthapuram MP Shashi Tharoor on strengthening the digital interventions of the party. Anil started working in the KPCC digital media cell under Tharoor.

He is the founding director of a company named Pythia Data and is an expert in AI-based technologies. The tech entrepreneur is an advisor to multiple technology companies and had worked in multinational companies including Cisco Systems, Grant Thornton LLP and Beceem Communications. Currently, Anil works as a member of the board of advisors of the Ernest and Julio Gallo School of Management.

On January 24, he tweeted that those placing views of BBC over Indian institutions are setting a dangerous precedence that will undermine India’s sovereignty. The tweet came out at a time when the Indian Youth Congress announced organising screenings of the documentary—which had been removed from Twitter and other video-sharing platforms by the Union government by invoking emergency powers under Section 16 of IT Rules, 2021—across Kerala. Since the DYFI, the youth wing of the CPI(M), also announced the screening of the documentary in 200 venues in the state, cadres of the IYC and the Congress have the pressure to show that they are more anti-Modi than the Communist cadres are. Apparently, Anil’s tweet was seen as something weakening the party’s position in this regard.

“The resignation of Anil was a political, ideological necessity,” IYC state president Shafi Parambil told THE WEEK. “The country’s sovereignty is not a bubble. It is something that has a strong foundation. The state is not just the government, according to the Congress ideology. If somebody is criticising Modi, it is not to be seen as a criticism towards the country’s sovereignty. If a documentary is showing the failures of Modi, it is not an attack towards India. History would see the Gujarat riots as an attempt to destroy the nation from within. So, when a person expresses an opinion that is against the ideology of the party, he is surely differing from that ideology. So naturally, it will become an ideological necessity to resign,” he said.

While explaining his decision to resign, Anil said he had received a slew of threatening calls and faced a cyberattack demanding to retract his tweet on the documentary. He cited these as actions that are directly contradicting the kind of politics promoted by party leader Rahul Gandhi. He also took a dig at the Bharat Jodo Yatra, saying he had received hate and abuse on his Facebook wall from those who are supporting “a trek to promote love”. He called the Congress leaders and cadres who attacked him a bunch of hypocrites who do not respect freedom of speech. He also cited in his resignation letter that the party leadership is favouring only a “bunch of sycophants and chamchas”.

Though the personal attack that happened in the last 24 hours was the immediate reason cited by Anil for his resignation, the Congress leader also told THE WEEK that “a lot of other things” have been happening for a while. “At this moment, I think, things are untenable for me to function…because whatever is happening, it is happening on a recurring [basis]…,” he says. “But in the last 24 hours… what has happened is that certain people have crossed certain limits… In this toxic environment… I feel I do not fit in. I have a thriving professional life. And I just want to focus on it right now,” he said.

In April 2021, the Cyber Congress Team, a popular pro-Congress page on Facebook—that currently has more than 3.5 lakh followers—had ruthlessly criticised Anil’s social media strategies and asked him to resign and leave. While expressing their happiness at Anil’s resignation now, Cyber Congress Team alleged that during April 2021, Anil had employed paid personnel to attack those behind the page. However, Anil called the allegation ‘rubbish’.

“At the end of the day, these are people who would say whatever suits to their ‘victimhood'. It is absolute rubbish. I have not employed any paid personnel to oppose or support anybody in any manner,” Anil said.

Sources in Congress say that Anil was inactive in the party and its social campaigns for a while now. “He was more concentrated on his own things,” said a party insider. KPCC vice president V.T. Balram also noted that Anil had been inactive in party responsibilities for a while. He announced that the KPCC was already in the process of restructuring its digital media wing. There were also complaints that Anil did not share a single tweet or post of the Bharat Jodo Yatra on his social handles.

Opposition leader V.D. Satheeshan and many other Congress leaders have welcomed Anil’s decision to resign. Anil specially acknowledged Tharoor for all the guidance he received from the latter in his resignation letter. However, Tharoor also criticised Anil's view that the BBC documentary would affect the country’s sovereignty and security. Meanwhile, A.K. Antony refused to respond to media queries on his son’s resignation.