Students downloaded the documentary on their mobilephones 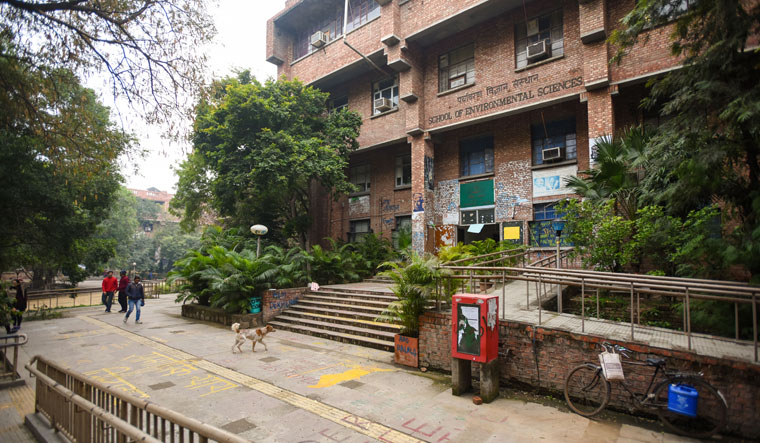 The JNU students' union could not hold the proposed screening of a controversial BBC documentary on Prime Minister Narendra Modi with a student outfit alleging that the varsity's administration snapped power and internet connections at the union's office.

There was no immediate response from the JNU administration to the allegation.

Students, however, downloaded the documentary on their mobilephones through an online application to watch and share it, All India Students Association (AISA) national president N Sai Balaji claimed.

The government had on Friday directed social media platforms Twitter and YouTube to block links to the documentary titled "India: The Modi Question". The Ministry of External Affairs has trashed the documentary as a "propaganda piece" that lacks objectivity and reflects a colonial mindset.

However, opposition parties have slammed the government's move to block access to the documentary.

Balaji, who was present for the screening, claimed that some students had downloaded the documentary on their mobiles and other devices.

"They (the JNU administration) have cut off the power and internet. We shared the documentary with other students and are watching it together," Balaji said.

Balaji also claimed that there were police personnel in civil clothes roaming on the campus.

However, there was no immediate police response.