Internet services were suspended in many regions 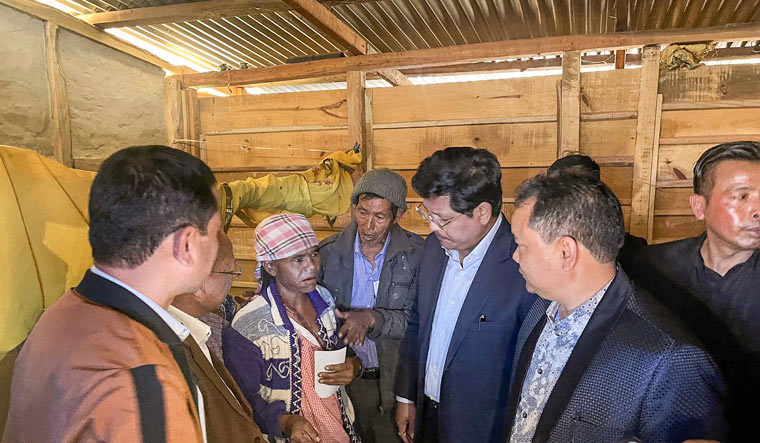 Union Home Minister Amit Shah has assured CBI probe into the 'firing by Assam police' along the Assam-Meghalaya border that claimed the lives of six people including a forest guard.

Meghalaya Chief Minister Conrad Sangma on Thursday said that Shah assured that he would act on his request for a CBI probe into the border firing.

The home ministry spokesperson later tweeted that Shah has assured a CBI probe -- a demand also raised by the Assam government -- into the firing incident.

Security personnel has been deployed in several areas to ensure peace. According to Home Ministry, mobile internet services were suspended in many areas to prevent the spread of fake news.

The firing incident occurred on Tuesday at Mukroh village of Meghalaya's West Jaintia Hills, after a truck allegedly laden with illegally felled timber was intercepted by forest personnel of Assam.

Sangama along with his Cabinet ministers met with Amit Shah and demanded an inquiry by a central agency.

"I want to thank the Home minister for accepting our demand and the Centre will shortly set up an inquiry by a central agency," Sangma was quoted by PTI.

Also, Sangama brought to Shah's attention the issues relating to the supply of essential commodities and requested his interventions on the same.

Restrictions under Section 144 of the CrPC have also been imposed in the clash site and surrounding areas.