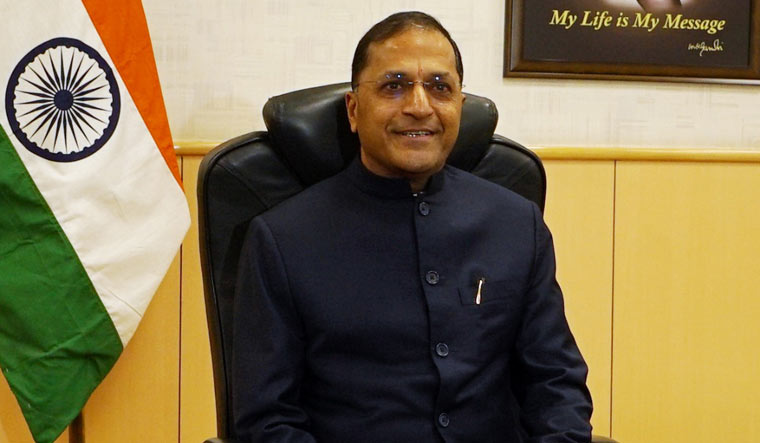 Arun Goel, a 1985 batch IAS officer of the Punjab cadre who took voluntary retirement from Friday, has been appointed as an Election Commissioner on Saturday. The Ministry of Law and Justice notified his appointment made by the President on Saturday.

Goel was set to retire on December 31 this year after completing 60 years of age. Till recently he was the heavy industries secretary and with him assuming the office of Election Commissioner, he will be in line to be the next chief election commissioner after incumbent Rajiv Kumar demits office in February 2025.

He will also join CEC Kumar and Election Commissioner Anup Chandra Pandey on the poll panel.

There was a vacancy in the EC following the retirement of Sushil Chandra as CEC in May this year.

Goel's voluntary retirement came into effect on November 18. He has also served in the Union Culture ministry.

The new appointment of the Election Commissioner comes days before the major Gujarat elections set to be on December 1 and 5. Goel will be in office till December 2027.