This is the first such private-sector facility in the country 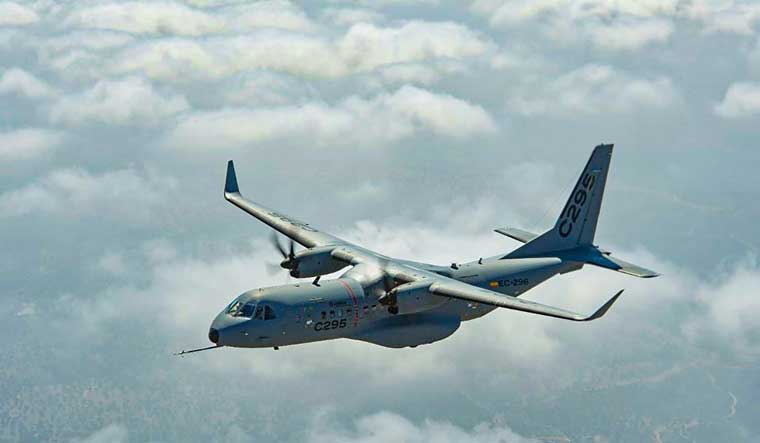 File photo of C-295MW transport aircraft to be manufactured for the Indian Air Force at a facility in Vadodara, Gujarat | PTI

Prime Minister Narendra Modi will arrive in Gujarat on Sunday for a three-day visit, which will see him laying the foundation stone for the C-295 aircraft manufacturing facility at Vadodara. The launch of the Rs 22,000-crore facility will bring India to the list of a dozen nations with the capacity to build such aircraft.

The Prime Minister will also inaugurate several development projects in the poll-bound state, reported PTI. He will also address a gathering at Leprosy Ground in Vadodara.

The facility, a consortium of European defence major Airbus and the Tata group, is the first such private-sector facility in the country and will build 40 transport planes for the Indian Air Force (IAF). The aircraft can be used for civilian purposes as well.

Besides, it will also manufacture additional aircraft for IAF requirements and exports, according to Defense Secretary Aramane Giridhar.

It was in last September that India signed a pact with Airbus Defence and Space for the 56 C-295 aircraft to replace the ageing Avro-748 planes of the IAF. The aircraft is expected to strengthen the logistic capabilities of the force.

As per the pact, 16 C-295 aircraft are scheduled to be delivered between September 2023 and August 2025 in flyaway condition from its final assembly line in Seville, Spain within four years. The subsequent 40 aircraft will be manufactured and assembled by Tata Advanced Systems (TASL) in India.

According to the Defense Ministry, 96 per cent of the work that Airbus does in its facility in Spain would be done in Vadodara and the electronic warfare suit for the aircraft would be done by public sector Bharat Electronics. The aircraft built in the facility will also be the ones with the highest indigenous content.

Defence Secretary Aramane Giridhar said there is no ban on imports. "The policy is that whatever can be built in India would be built here. There's an aggressive push to promote make-in-India items for Defence Forces. Operational preparedness isn't compromised and operational readiness is at forefront of our minds," he added.

The facility is also expected to boost the 'Make In Project.'