Around 300 startups will showcase their innovations at Agri Startup Conclave 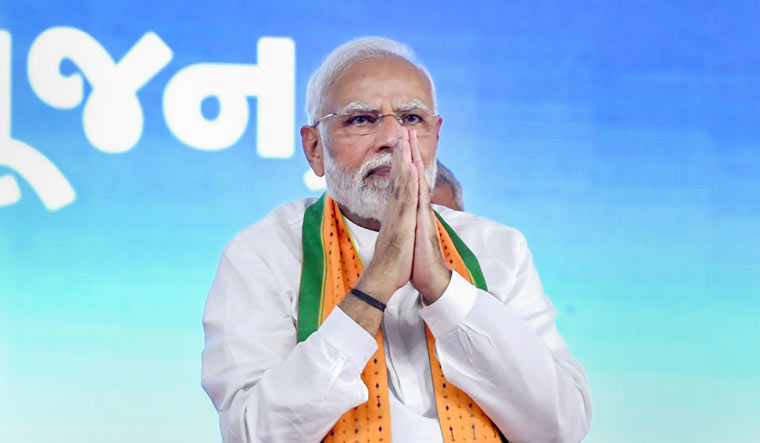 Prime Minister Narendra Modi will inaugurate the 'PM Kisan Samman Sammelan 2022' in New Delhi on Monday, a two-day event that will bring together more than 13,500 farmers from across the country and around 1500 agri-startups.

The event will begin around 11:30 am and will be held at Indian Agricultural Research Institute, New Delhi. "Our government is committed to making the life of 'anna datas' easier," the PM said on Twitter.

As part of the event, the Prime Minister will inaugurate a total of 600 Pradan Mantri Kisan Samruddhi Kendras which will function under the ministry of chemicals and fertilisers. These Kendras will serve farmers needs, including farming inputs like seeds, implements and testing facilities for soil, seeds and fertilisers. They will also help farmers learn about various government schemes and ensure regular capacity building of retailers at block and district level outlets.

The Prime Minister will also launch the 'Pradhan Mantri Bhartiya Jan Urvarak Pariyojana' – One Nation, One Fertilizer. Under this scheme, 'Bharat Urea Bags' will be launched. These will help companies market fertilizers under the single brand name 'Bharat.'

The 12th installment amount of ₹16,000 crore under the Pradhan Mantri Kisan Samman Nidhi (PM-KISAN) will also be distributed.

Besides, the Prime Minister will also inaugurate the Agri Startup Conclave and Exhibition where around 300 startups will showcase their innovation. An e-magazine called 'Indian Edge' with a focus on fertilisers will be launched during the event.