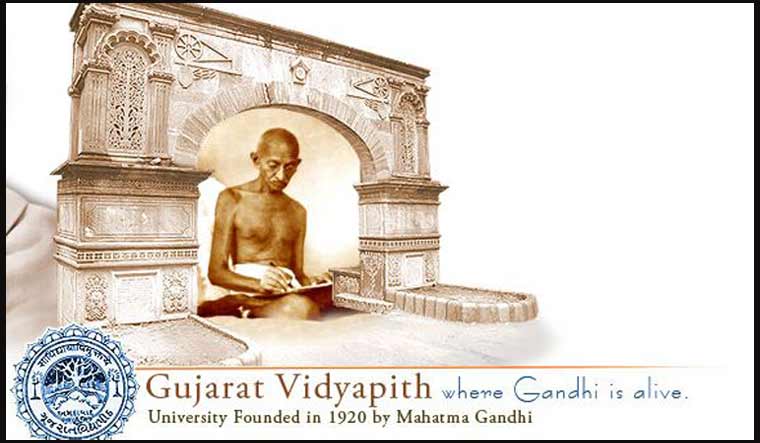 Hundred and two years after it was established by Mahatma Gandhi, Gujarat Vidyapith in Ahmedabad is set to have a Chancellor who has saffron leanings.

At a meeting of the university's governing council, Gujarat Governor Acharya Devvart, who comes from an RSS background, was chosen to be the new Chancellor. This, after the council accepted the resignation of incumbent Chancellor Ilaben Bhatt. A nonagenarian, Bhatt had resigned citing health grounds.

The council will appraise the Gujarat Governor of the development and invite him to take up the post. Bhatt, a noted social worker, has been asked to continue till the convocation is held later this month.

Sources said 13 members of the council favoured the resolution for the appointment of Devvrat, nine opposed and two remained neutral.

Among those who opposed the move include Dr. Mandaben Parikh, Dr. Sudershan Iyengar, Kapil Shah, Michael Mazgaokar, Uttam Parmar, Chaitanya Bhatt, Nita Hardikar and Professor Anamik Shah. Majority of them are people’s representatives in the council.

The grapevine is that the appointment is seen as an attempt by the saffron brigade to take over the control of Gandhian institutions.

The developments have also made the Gandhians sit up but sources said that nothing can be done as the decision to appoint the Chancellor lies with the Governing Council.

Devvrat is a follower of Baba Ramdev and he is reported to have said publicly in the past that Ramdev’s blessings have been with him.

Before being made the Gujarat Governor, he was the Governor of Himachal Pradesh. He propagates organic farming.

Noted columnist Urvish Kothari said in a blog that it was the last chance to save oneself from shame in future.

Ahmedabad-based author and noted Gandhian, Prakash Shah told THE WEEK that the Gujarat Vidyapith is deviating from the ideals on which Gandhiji set up the institution.

The development, which has raised many eyebrows, has come at a time when Gujarat Vidyapith Vice Chancellor Rajendra Khimani is facing ouster over the alleged charges of irregularities and not having the “eligibility” to hold the post.

Last month, the Gujarat High Court had asked the institution to take “appropriate” action in connection with the University Grants Commission’s decision to oust Khimani.

Founded by Mahatma Gandhi in 1920, Gujarat Vidyapith is a deemed to be university. As per the university website, its main objective is to prepare workers of character, ability, culture and dedication for the conduct of movements connected with the regeneration of the country in accordance with the ideals given by Mahatma Gandhi.