The Congress MLA has sought immediate suspension of the officers 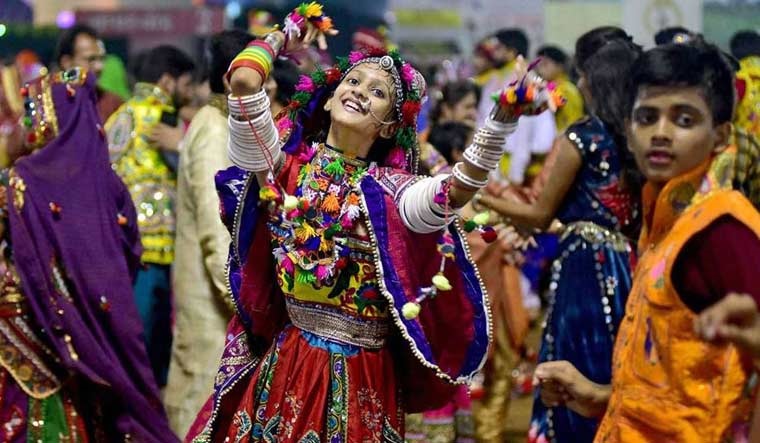 A viral video of policemen flogging a group of men has invited criticism from various quarters in Central Gujarat and Ahmedabad. The footage involved an incident on Monday wherein a group of youth from the minority community allegedly pelted stones at a garba event in Undhela village of Kheda district.

Seven persons, including a policeman, were injured in stone pelting. An FIR was registered at Matar Police Station following which 13 persons have been arrested. The FIR mentions that there was a mob of 150 people.

Deputy Superintendent of police in the region V R Bajpai told reporters that a group of Muslim youth tried to prevent the garba organised by the village sarpanch. The venue of the event was near a mosque and a temple. The Muslim youth had asked not to organize the garba near the mosque.

In a tit-for-tat behaviour, the police were caught on video flogging the accused one after another by holding them near an electric pole and asking them to apologize. Villagers were also heard shouting Bharat Mata Ki Jai and Gujarat Police Zindabad slogans in the background.

Seeking the immediate suspension of the policemen who assaulted the accused, Congress MLA from Dariapur Gyasuddin Shaikh said the law should not be taken into hands.

Earlier during Navratri, several Muslim youth were thrashed, allegedly by Bajrang Dal supporters, for trying to "barge into" a garba venue on posh Sindhu Bhavan Road in Ahmedabad.