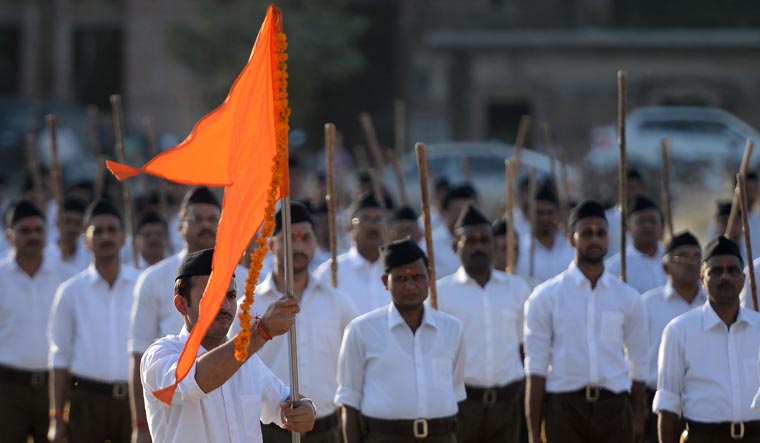 Congress on Monday took a dig at the RSS voicing concern over inequality, unemployment and poverty and credited it to the impact of the Bharat Jodo Yatra spearheaded by Rahul Gandhi.

"Look at the impact of Bharat Jodo Yatra. Even those who break the country and spread poison in the society are raising the issues of poverty, unemployment and inequality," AICC General Secretary Jairam Ramesh said on Twitter.

He was referring to the remarks of Rashtriya Swayamsevak Sangh (RSS) General Secretary Dattatreya Hosabale at a seminar on the need to address the challenges posed by poverty, income inequality and unemployment in the country.

However, Hosabale had blamed the 'faulty' economic policies of the earlier governments for the 'ills' in the economy.

"What was the impact of Bharat Jodo Yatra under the leadership of Rahul Gandhi? Ramdev started praising the Nehru-Gandhi family, Mohan Bhagwat started visiting masjid and madrassas.”

"'RSS General Secretary Dattatraya Hosabale ji started worrying about the increasing poverty in the country, the growing gap between the rich and the poor and unemployment," Singh said on Twitter.

Last month, Bhagwat, along with senior Sangh functionaries, met Umer Ahmed Ilyasi, the chief of All India Imam Organisation, at a mosque here, taking forward his outreach to the Muslim community.

Singh said not even a month has passed since the launch of the yatra and the BJP and Sangh Parivar have already started worrying about poverty, unemployment and inflation in the country.

The senior Congress leader also wondered why Hosabale does not raise these issues with Prime Minister Narendra Modi.

Congress functionary Pawan Khera also took a dig at Hosabale's remarks on poverty, unemployment and inflation at a seminar organised by the Swadeshi Jagran Manch.

"I have heard that the clouds of worry have started gathering over Nagpur. Now even Hosabale ji has started seeing the unemployed," said Khera, the Chairman of AICC's Media and Publicity Department.