Developed by HAL; primarily for deployment in high-altitude regions 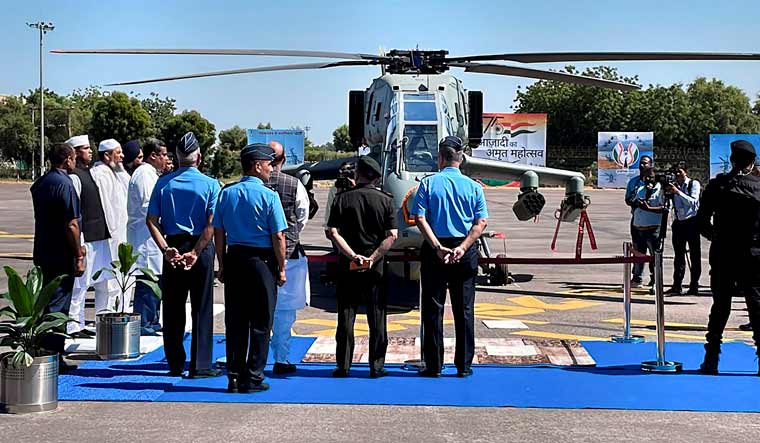 “There could not have been a better timing for LCH induction than Navratri and in the land of warriors, Rajasthan,” he added.

The LCH, developed by Hindustan Aeronautics Ltd (HAL), has been primarily designed for deployment in high-altitude regions.

The defence ministry had said 10 helicopters would be for the IAF and five will be for the Indian Army. The LCH is equipped with requisite agility, manoeuvrability, extended range, high altitude performance and all-weather combat capability to perform a range of roles including combat search and rescue (CSAR), destruction of enemy air defence (DEAD) and counter-insurgency (CI) operations.

The helicopter can also be deployed in high-altitude bunker-busting operations, counter-insurgency operations in the jungles and urban environments as well as for supporting ground forces.