The temple was thrown open in July 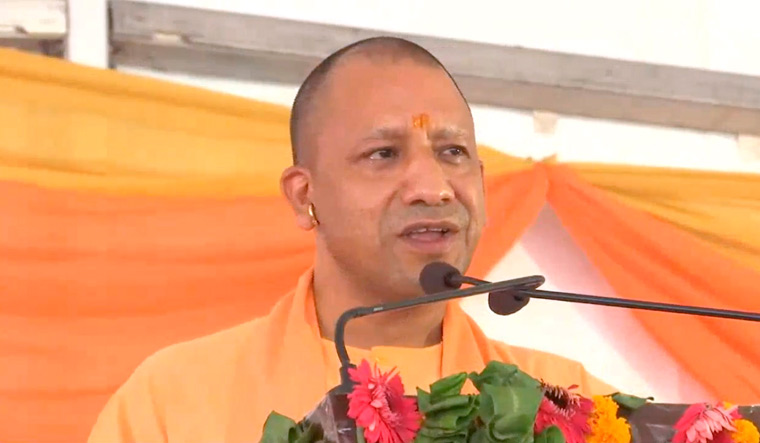 Initial investigation into a complaint against a temple built in the name of Yogi Adityanath in Ayodhya has found that the land on which it is constructed belongs to the government.

In July this year a small temple dedicated to the UP chief minister was thrown open to the public. It was built by Prabhakar Maurya, a self-declared publicist of Adityanath, who has also recorded several songs for his ideal.

The 32-year-old Maurya, a resident of the hamlet of Maurya ka Purwa in Kalyan Bhadarsa village, was said to be absconding after a complaint was filed accusing him of usurping the land to construct the temple.

A distraught Maurya, however, told THE WEEK, “I am being unfairly targeted only for showing my devotion to a man I consider God”.

He also said that he has been receiving support from thousands of Adityanath supporters who were ready to come to Ayodhya in his defence.

The complaint against Maurya was filed by his uncle Ramnath who had alleged the land on which the temple was built had mango trees which his nephew had cut without permission. The temple was built with the sole aim of taking illegal possession of the land, said the complaint which was addressed to the CM’s office on September 21 when news of the temple started doing the rounds.

Though Maurya has no clear answer on the ownership of the land, he responded to tweet of Akhilesh Yadav, saying the former CM should first focus on freeing all the land that had been taken over by Yadavs under his rule.

“The administration should focus on all those people who have fake land titles in and around this village,” he said.

Maurya did not respond to the allegation that the idol of Adityanath that he had installed in the temple was not from Jaipur, as he had initially claimed, but from Barabanki. The maker of the statue has come forth with the complaint that he was not paid for his work instead just promised a meeting with the CM.

On Sunday, the district administration’s inquiry has revealed that the land on which the temple was built did belong to the government and was allotted for an agricultural university.