Former Cong leader to announce his new party in 10 days 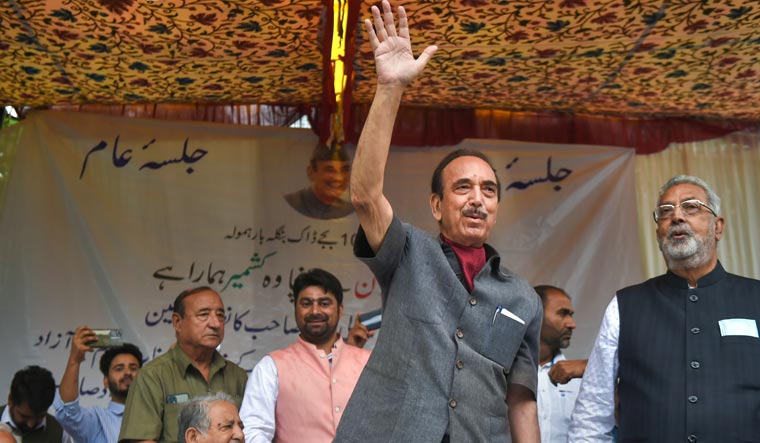 Article 370 of the Constitution, which granted special status to Jammu and Kashmir state, cannot be restored, said former Congress leader Ghulam Nabi Azad. Addressing a rally at Dak Bunglow in Baramulla in north Kashmir on Sunday, Azad said he will announce the formation of his new political party within 10 days.

“For votes, I will not mislead and exploit you. Please don't rake up issues which can't be achieved. Article 370 can't restored. It needs two-thirds majority in parliament," Azad said as he hit out at the regional parties for giving false promise to people about restoration of the state's special status.

Azad, who quit the Congress on August 26, said the agenda of his new political outfit would be to struggle for the restoration of J&K's statehood and to fight for the job and land rights of people. One of the tallest politicians from Jammu and Kashmir, Azad ended his five-decade-long association with the Congress, expressing displeasure over the working of the top brass, especially Rahul Gandhi.

"I thank my colleagues who stand with me and are the base of my new party which, God willing, will be announced within the next 10 days," he said.

Addressing his maiden rally in Kashmir after quitting the Congress, on last Sunday, Azad had said he would announce the name of his new party after consulting people and leaders of Jammu and Kashmir, but added "it will be in neither Maulana's Urdu nor Pandit's Sanskrit".

More than 50 senior Congress leaders in J&K, including former deputy chief minister Tara Chand, have resigned from the party in support of Azad.