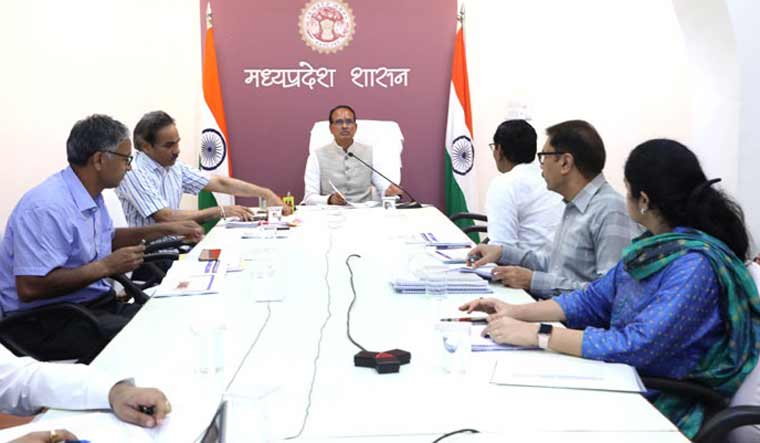 In another bid to connect citizens with the initiative to ensure holistic development of children in Madhya Pradesh, Chief Minister Shivraj Singh Chouhan has urged people to celebrate their birthdays by distributing sweets and having meals with children in anganwadis – the government run centres taking care of nutrition and pre-school education.

In May this year, the CM had undertaken a drive to collect toys and other necessary material for the children of anganwadis, receiving good support from the citizens.

At a review meeting of the state women and child development department (DWCD) on Saturday, the chief minister said that this initiative could be similar to planting trees on birthdays. He asked the department officials to make efforts for this initiative.

Chouhan complimented officials for good implementation of various schemes. It was informed during the meeting that under the ‘Saksham Anganwadi’ and ‘Poshan 2.0’ programmes, 30 lakh children in the age group of 6 months to three years have been provided supplementary nutritious food. Similarly, 10.81 lakh pregnant and lactating mothers have also been benefited. More than 38 lakh beneficiaries have taken the benefit of take home ration (THR).

It was also informed that in the matter of providing assistance to underweight children, the state stands second in the national ranking, while it ranks third in resolving the issue of wasting (low weight for height) and sixth in resolving stunting (low height for age) related issues.

Chouhan has said that the state had topped in the country by registering more than 30 lakh beneficiaries, distributing an amount of 1,294 crores and benefitting 2,26,306 people till August in the current financial year for the Pradhan Mantri Matru Vandana Yojana. He congratulated the officials of the department as MP retained the top position in implementation of the scheme in 2021-22, for the fourth consecutive year.

Chouhan further said that under the Ladli Laxmi Yojna, a roadmap should be prepared to constitute clubs of beneficiary girls and hold city-wise conventions.

It was informed that so far 43 lakh girls have benefitted under the flagship scheme of the state. A total of 4,87,731 girls of class 6, 9, 11 and 12 got scholarship amounts under Ladli Laxmi Yojana 2.0. An app has been created for continuous communication with the beneficiary girls.

The chief minister also separately reviewed the functioning of the horticulture and food processing department and asked officials to undertake the activities of branding and marketing of horticulture crops and products in the districts in mission mode under the ‘One District-One Product’ scheme. It was informed that 363 food processing units have been established in the state. Chouhan said efforts should be increased to complete the works of setting up potato tissue culture and aeroponics labs, hi-tech floriculture nurseries and setting up 1500 micro food processing units in the long term.

The CM said that the work of developing 14.28 lakh metric tonne cold storage capacity has been done in the state. This year, the focus should be on meeting the target of capacity addition of 25,000 metric tonnes.

He instructed to accelerate the work of increasing productivity and diversification of crops, efforts for improving agricultural infrastructure, increasing certified organic production, value addition of agriculture and horticulture products and additional employment generation in fisheries, sericulture development and beekeeping sectors.