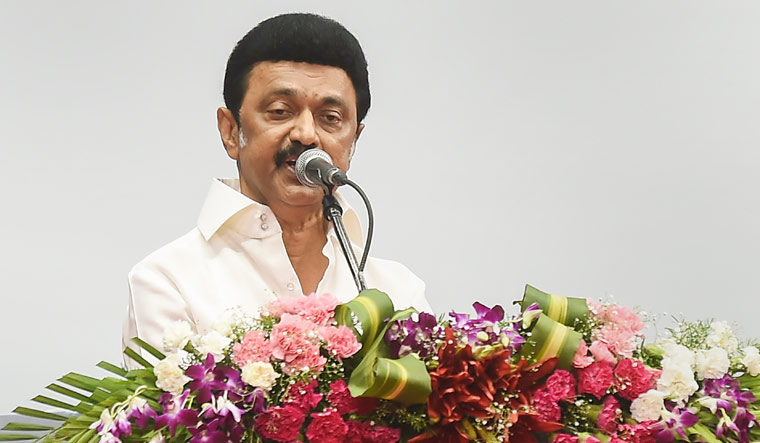 It is the right of the state government to appoint Vice-Chancellors and the government opposed both the NEET and the National Education Policy (NEP), Chief Minister M.K.Stalin asserted here on Tuesday.

Addressing a meet of vice-chancellors of state-run varsities here, Stalin recalled that his government enacted a Bill in the Assembly to enable the state government to appoint Vice-Chancellors.

Reiterating the state government's opposition to NEET, he said it is the 'biggest injustice' of the century. Opposing the NEP yet again, Stalin recalled the government constituting a committee led by retired Judge of the Madras High Court, D.Murugesan to formulate the State Education Policy (SEP).

The Chief Minister said that this initiative of SEP is to build a society inspired by science. As per the Constitution, developing a scientific temper is a basic duty of every citizen.

"I have that duty. As VCs, you have that duty too." It is the biggest duty of educationists to build a society that is based on the principles of equality and rationalist thoughts, he said.

On April 25, the Tamil Nadu Assembly had adopted a Bill empowering the State government to appoint Vice-Chancellors to state universities.

The Bill's passage coincided with a two-day conference of VCs presided by Tamil Nadu Governor R N Ravi. Recently, the Governor had appointed VCs to 3 state varsities while the Bill awaited his assent.

The Chief Minister's assertion on appointment of VCs also comes against the background of run-in between the government and Raj Bhavan on matters like the anti-NEET Bill, awaiting Presidential assent. Ravi's remarks in June on Sanathana Dharma had also drawn flak from the ruling DMK.