11 life convicts walked out of jail on August 15 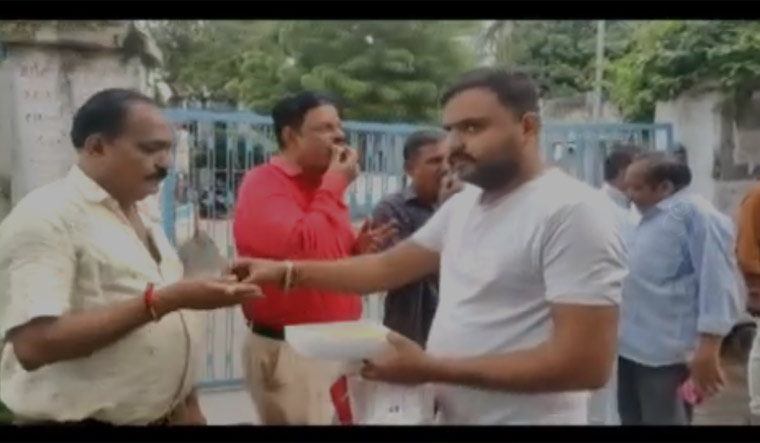 In one of the largest signature campaigns witnessed in the recent past, eminent citizens, rights activists and historians have urged the Supreme Court to undo “grave miscarriage of justice” that has been done by remission of sentences of 11 convicts in the 2002 Bilkis Bano rape case.

More than 6,000 persons issued a joint statement saying it shames them that on Independence Day, the women in India saw gang-rapists and murderers freed as an act of state largesse.

Eleven convicts, sentenced to life imprisonment, walked out of the Godhra sub-jail on August 15 after the Gujarat government allowed their release under its remission policy. They had completed more than 15 years in jail.

A special Central Bureau of Investigation (CBI) court in Mumbai on January 21, 2008, had sentenced the 11 to life imprisonment on charges of gang-rape and murder of seven members of Bilkis Bano's family. Their conviction was later upheld by the Bombay High Court.

Bilkis Bano was 21, and five months pregnant, when she was gang-raped while fleeing the violence that broke out after the Godhra train burning. Among those killed was her 3-year-old daughter.

One of the convicts had approached the Supreme Court seeking release. The court, in turn, asked the BJP-ruled Gujarat government to look into the remission of the sentence. A panel that also included two BJP members and was headed by the Panchmahals Collector recommended the release of the convicts.

The signatories have said that the remission of the sentence will have a chilling effect on every rape victim who is told to “trust the system”, “seek justice”, “have faith”. They further said that the early release of these convicts only strengthens the impunity of all men who commit rape and other acts of violence against women.

The remission of the sentence is also not in tune with the Centre’s policy, they observed.

The signatories also said that the remission of the sentence is not only immoral and unconscionable, but it also goes against Gujarat’s own existing remission policy which expressly states such remission is “NOT” for those convicted of rape or gang-rape.

Expressing solidarity with Bano, they expressed deep concern for her safety and that of her family. They observed that they are pained that she has to relive the trauma of the past 20 years.

They said that the convicts should be sent back to jail for the remainder of their life terms.