Prohibitory orders will remain in force in Shivamogga till Thursday 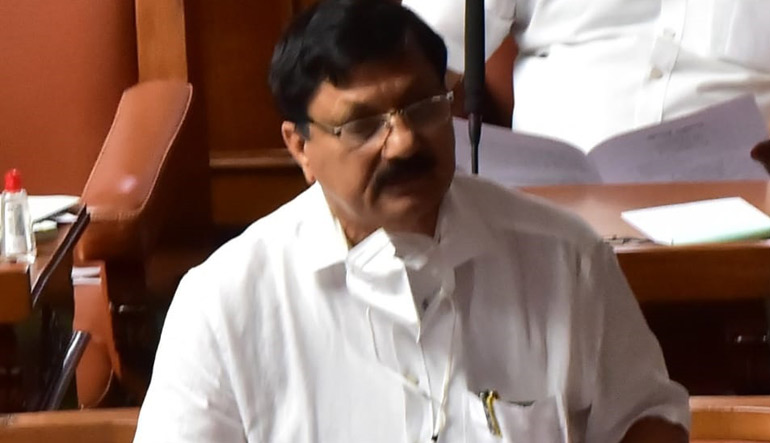 Amid the communal tension prevailing in Shivamogga district in Karnataka following clashes over portraits of Veer Savarkar put up in the city, Karnataka Home Minister Araga Jnanendra sought to know what was wrong with installing a poster of the Hindutva ideologue.

Prohibitory orders were clamped in Shivamogga on Monday after two groups entered into a heated argument over the installation of a banner with a picture of Savarkar on Independence Day. There was an altercation at Amir Ahmad Circle in the city, when one of the groups wanted to tie a picture of Savarkar on a high mast light pole while the other planned to install a picture of 18th century Mysuru ruler Tipu Sultan.

A person, identified Prem Singh (aged 20) was stabbed during the clashes.

Jnanendra said nobody should take the law into their hands. "What's wrong with installing a poster of Savarkar? He fought for the freedom of the country," news agency ANI quoted him as saying.

"We don't decide anything on the basis of religion. Peace must prevail, we have to maintain law and order in the state. We will hold a thorough investigation. No such events should happen here again," he said.

Jnanendra held a meeting with ADGP Law & Order Alok Kumar and other senior police officials in Shivamogga in the wake of the tensions.

Chief Minister Basavaraj Bommai said he asked the police to conduct a thorough probe into the clashes.

ADGP Alok Kumar said Section 144 will remain in force till Thursday. Sale of liquor have been prohibited in Bhadravati and Shivamogga, he said, adding that more than 1,000 of our police personnel have come to the city from neighbouring districts.