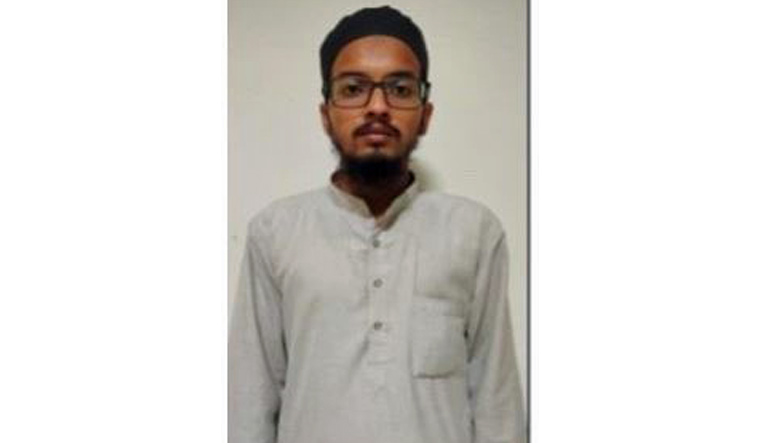 On the eve of Independence Day celebrations in the country, a terror plot of the Jaish e Mohammed was busted by the Uttar Pradesh anti-terrorist squad on Sunday with the arrest of Habibul alias Saifullah from Kanpur. Saifullah, 19, hails from Fatehpur and was allegedly part of a larger JeM terror plot being hatched by his handlers in Pakistan. He is part of the same JeM Module as Mohammed Nadeem, arrested by the ATS on August 12, who was planning terrorist acts across the state.

According to the ATS, Saifullah specialised in creating fake virtual identities for the terror outfits based in Pakistan and Afghanistan through which they were able to hide their digital footprints and penetrate social media using whatsapp, telegram and Facebook messenger. Saifullah was in touch with terrorists based in both countries through social media apps and specialised in creating virtual Ids to recruit youth, and propagate and share videos of extremist ideology to spread terror, according to ATS sources. Saifullah had allegedly created at least 50 virtual Ids which were being used by the global terror outfits based in the two neighbouring countries.

Nadeem is learnt to have got in touch with Saifullah and other Pakistani handlers like Hakimullah of the JeM in Pakistan in 2018 and was trained in handling knives, making IEDs and carrying out lone wolf attacks. A knife, mobile phone and several SIM cards have been recovered from Saifullah.

Police sources said the virtual presence of the terror operatives cannot be taken lightly as their arrival on social media is a matter of huge concern and detecting their presence is a challenge since they operate on fake identities and join groups on social media apps to gradually propagate extremist ideology. Saifullah had been asked by his handlers to travel to Pakistan for training. Saifullah is being interrogated about his cross-border links and international connections. The busting of the Jaish terror module comes close on the heels of at least two lone wolf killings carried out in Rajasthan and Maharashtra. Though there are no links between these arrests and the recent killings which are under investigation by the NIA, the various state police forces are analysing the digital footprints to understand the larger modus operandi and examine possible cross-border and international linkages to the terror plots. Prashant Kumar, ADG (law and order), UP police said investigations are ongoing to uncover the international links of the arrested accused who were part of the cross border Jaish-e-Mohammed terror module and planned to carry out terror acts. HE added that the ATS is actively following leads to thwart designs of terrorist groups.

Saifullah’s arrest is the third big catch by the ATS in five days after an ISIS linked operative Subauddin was arrested from Azamgarh. He wa planning an IED strike ahead of Independence Day. He was an active member of a telegram channel where ISIS operatives came in contact with him and he tried to lure more youth to join him . Police sources said Sabauddin came in contact with Bilal in 2018 through Facebook who further helped him get in touch with ISIS members like Musa and Abu Bakr Al Shami in Syria. He learnt how to make IEDs , use hand grenades through training provided on social media apps .

On the other hand , the busting of Jaish plot involving Nadeem and Saifullah is giving several leads to sleuths of cross border terror plots hatched in the country .