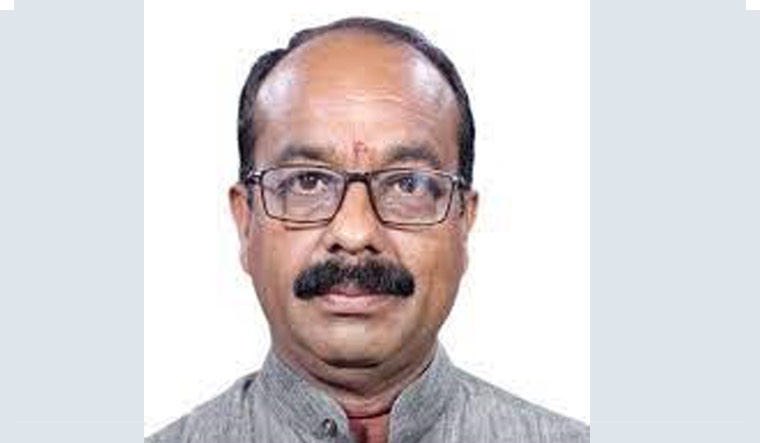 With roughly 15 months to go for the 2023 Assembly polls, opposition BJP in Chhattisgarh seemed to play the OBC card in the state making Arun Sao, the Bilaspur MP, the new state president of the party on Tuesday.

Sao, who belongs to the Sahu community that is one of the dominant among the other backward classes (OBCs) in Chhattisgarh, replaces tribal face Vishnu Deo Sai, a former union minister.

Congress did not let the opportunity slip to target the BJP on its ‘anti-tribal’ attitude pointing out that a tribal leader had been divested of the post on World Tribal Day (International Day of World’s Indigenous People).

OBCs comprise roughly 45 per cent of Chhattisgarh population while tribal communities comprise 31 per cent. Both these sections of population play very crucial roles in any polls in the state.

Chief Minister Bhupesh Baghel while congratulating Sao on his appointment and saying that appointment of the state president was an internal matter of the BJP, added that the outgoing president, Vishnu Deo Sai was a tribal leader and the development came on World Tribal Day. “They could have waited at least a day for the move,” the CM said.

Minister Amarjit Bhagat even went on to the extent of saying that the decision of the BJP on occasion of World Tribal Day was an insult to the tribal community of the state.

Congress state president Mohan Markam also said the decision showed the “anti-tribal attitude” of the BJP. “Such unpleasant decision should not have been taken at least on World Tribal Day. This has hurt the sentiments of the tribal people of the state who comprise more than 32 per cent population,” Markam said. He added that BJP kept hindering the educational and socio-economic growth of tribal people when in power for 15 years and its character has not changed even in the opposition.

Meanwhile, ex-chief minister Raman Singh congratulated the newly appointed president and said “in his leadership, we party workers will work with new energy, enthusiasm with full dedication and ensure blooming of the lotus (win of BJP) in Chhattisgarh.”

Outgoing BJP state president Vishnu Deo Sai also extended best wishes to Sao and said that everyone in the party will work shoulder to shoulder with Sao to take forward the organizational work of the party in the state. Leader of opposition Dharamlal Kaushik also said that he was sure that under Sao’s leadership everyone will work together and ensure the party’s win in next Assembly polls.

The OBC and tribal cards

Chhattisgarh’s electoral politics revolves largely around the OBC and tribal voters and both the major parties – Congress and BJP – keep making sustained efforts to keep these sections wooed. While tribals have been considered traditional Congress voters, OBCs have leant towards the BJP from 2003 onwards, keeping the party in power for 15 years.

However, things changed during the 2018 polls as Bhupesh Baghel, the then state Congress president and an influential OBC leader, took the driving seat.

Now, the caste equations vis a vis crucial party posts in the state have become interesting. While the Congress has an OBC chief minister and a tribal state president in Markam, the BJP’s new state president (Sao) as well as the leader of opposition (Kaushik) are both OBCs and both come from Bilaspur.

It is therefore being felt that the BJP might soon change its leader of opposition too, though whether it goes for a tribal face in doing so remains to be seen. The top contender seems to be former minister Ajay Chandrakar. However, he too belongs to the OBC community.

The Congress has its equations sorted out as of now. Despite having an OBC leader at helm, the party plays strong on the tribal and Chhattisgarh regional pride cards. The BJP has failed to make any major dents on the Congress power structure, despite having the big issue of obvious rifts between Baghel and senior minister T.S. Singh Deo.

The big loss in recent by-polls at Khairagarh – falling in home turf of the ex-CM Raman Singh showed the weakened position of the BJP and Singh clearly and there have been attempts by the party’s central leadership to revamp the party structure well ahead of the 2023 polls. The party appointed RSS man Ajay Jamwal as the general secretary (organization) for Chhattisgarh and Madhya Pradesh in July end and the impact was felt on the party's Chhattisgarh organization within three weeks.

Arun Sao, 53, has a background of ABVP and Bharatiya Janata Yuva Morcha, making him a long-standing leader of the party in the state and there have been surmises of him getting a bigger responsibility in the state unit of the party, for some time now. He is the first time MP from Bilaspur.